Recently in celebration of International Women’s Day Paul Jenkins who directed the movie, Wonder Woman went in-depth with Rotten Tomatoes about Diana’s landmark walk across No Man’s Land, giving behind the scenes details of how they approached the subject matter and put together the imagery. Wonder Woman is one such female superhero that has become an icon for women all around the world. So the buzz around the character is evident enough on the auspices of International Women’s day. However, Could there be another for the director speaking about the movie?

“What is the birth of a superhero? It’s Superman pulling his shirt open for the first time and revealing the S, so I knew that Wonder Woman needed an incredible moment,” Jenkins told Rotten Tomatoes. “Diana wants to be a hero from day one but what it is to be a hero does not become clear to her until No Man’s Land. I think the biggest reason I was obsessed with it was really from a character place,” Jenkins said. “From Diana’s point of view and her saying ‘that’s what I’m gonna do and stepping up over the edge. That was such a powerful way for her to step into being our Wonder Woman. I kept focusing in on the fact that this isn’t about who’ she’s fighting and it doesn’t matter who’s on the other side of the trench. This is about war. This is her stepping across No Man’s Land and saying no to mankind’s method of war, so for her to track the bullet coming towards her and then smash it away like no, that won’t be happening. No we’re not going to do that, and I’m stronger than those bullets, and then she takes on even larger Mortar fire as she continues down the No Man’s Land.” 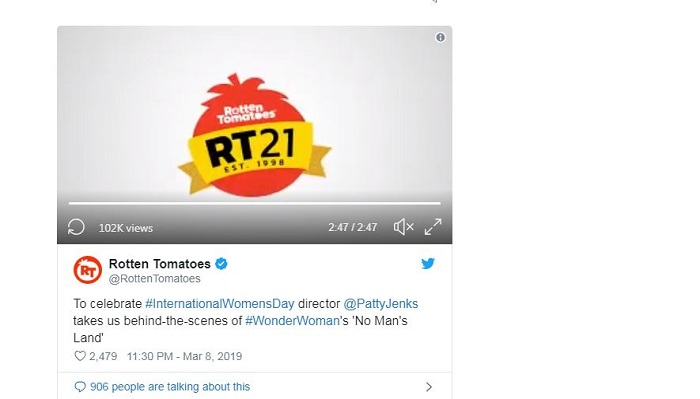 “I thought that’s who she’s fighting. She’s fighting gun violence and that was the opponent,” Jenkins said. “There were definitely arguments about are we really gonna put Diana in a Wonder Woman costume out in the freezing cold in the winter but we had to do it. You have to build No Man’s Land. It had to be real or it might not have looked right. It’s funny because we talk about ‘actors’ and oh they really have an easy job. Just, no they don’t. Gal Gadot could not be more applauded when she’s half naked doing this beautiful dramatic moment out there when the rest of us are in massive parkas, so it was brutal.” Speaking to Animation Xpress, recently Framestore CG supervisor Alan Wood also revealed at JW Mariott Hotel, “Wonderwoman’s sequel is in the works. We are working on it. Don’t ask me about the story though.” We wonder if that video is a precursor to our beloved Superhero’s upcoming movie trailer? We will keep you posted on further development.