Latest News
Cyclops has been resurrected just in time to find mutants in a state of crisis. There’s a new mutant vaccine that, in some countries, is being made mandatory for all children. The X-Men’s disappearance has encouraged anti-mutant bigots including politicians who are now running on a pernicious hate campaign. 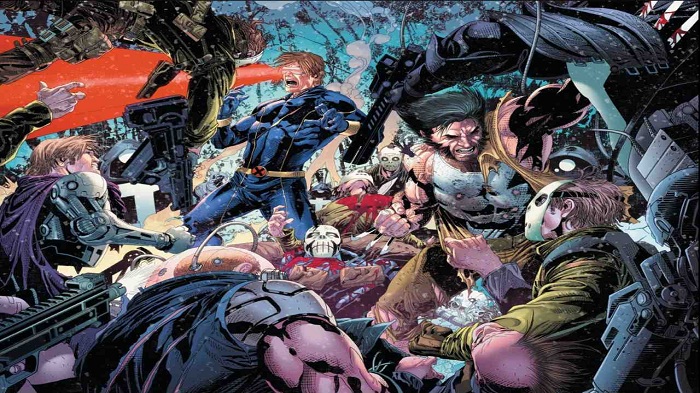 Cyclops spends some time discovering what ends up happening to the X-men, unable to digest the fate of the dead, but he finally gives up. He heads to one of those anti-mutant political shows where he’s eventually exposed for who he is. As the human attacks Cyclops, Captain America steps in to keep the peace. Cyclops isn’t really happy about the meddling. He’s repulsed to find Captain America attending the hate rally. Cyclops steps in front of one of the cameras broadcasting the rally. Using the broadcasting to call any remaining X-Men who may be listening. He tells them that in two days he will return to where this all began and be waiting for them. Cyclops is referencing the site of Xavier’s school in Salem Center, New York. The place is in a state of dilapidation now, the school having been moved to Central Park, but he waits there anyway. It isn’t the X-Men who come for him. Instead, it’s several of the most hateful anti-mutant villain groups that the X-Men have fought over the years: the Reavers, the Purifiers, the Sapien League. They all attack at once. Cyclops does his best to fend them off, but he’s being overpowered. Just as the villains taunt Cyclops about dying alone, there’s a familiar snikt sound and Wolverine is in the trees telling them that Cyclops isn’t alone. Logan jumps down and joins the fray:

Together, Cyclops and Wolverine fight off the villains. There’s a lot of baggage between these two after the Schism era and each of their deaths. It dissolves in a moment of silence before Wolverine tells Cyclops it’s time to get going because they have work to do.

Uncanny X-Men #11 is available to buy in the stores.