Animation and VFX have seen exponential growth in the past few years. As the world battled with the COVID-19 outbreak and the lockdown that followed, shooting for live-action projects were stalled whereas animation was still kicking.

The mediums have seen a rise becoming mainstream from the periphery. Recently a market research report, ‘Animation and VFX Tools Market Size 2020’ by Market Study Report, LLC suggested that the market size for both the sectors will see overwhelming growth by 2025.

The Top leading players in the Animation and VFX tools market across the globe are : Adobe system, Autodesk, Corel Corp, Toon Boom Animation and Side Effects Software.

Geographically regions like North America, South America, Europe, China, Japan, India, The Middle East, Africa and others are the notable markets which offer segment research, export status, import status and production volume. The report extends on including details regarding the supply and demand analysis, involvement by significant market players and market share growth of the business. 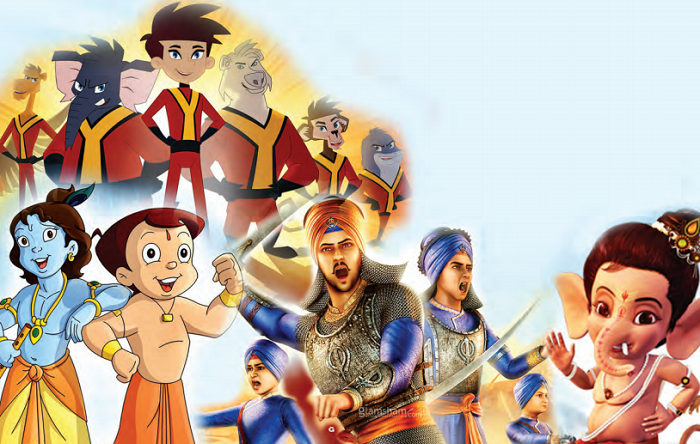 India has seen a massive growth in the animation industry over the last few years with leading animation studios, independent players as well as indie professionals making their presence felt. Hence they utilise and work on the aforementioned software producing volumes.

Animation and VFX sector in India grew by 17.40 per cent between 2018-2021 as per the latest FICCI EY report. And there’s no signs of that curve flattening.

Mordor Intelligence Report too in its report, GLOBAL ANIMATION AND VFX MARKET, claims that the Animation and VFX Market is expected to grow at a CAGR (Compound Annual Growth Rate) of over 9 per cent during 2020 to 2025. The demand for animation and VFX has expanded with the increase in the emergence of the media sector gearing up significantly in the sphere of the multimedia ecosystem. 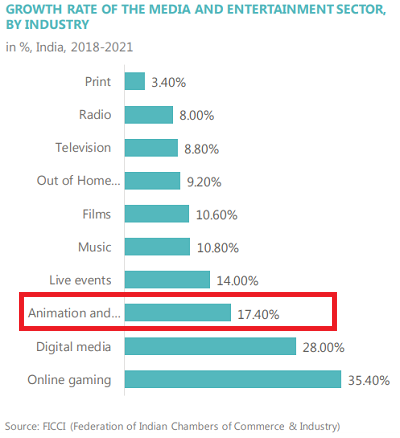 The 3D animation market is clearly growing by leaps and bounds and is expected to grow to USD 21,050.0 million by 2022, at a CAGR of 11.9 per cent. Increasing adoption of visual effects (VFX) in the entertainment industry is one of the crucial factors impacting the 3D animation market. VFX is majorly preferred by animators, game developers, and moviemakers in the scenario where they technically want to depict something that cannot be shot in a live environment.

There has been a general upward trend in production value or budgets. This is primarily due to broader international distribution in part to digital theatres. Writers and directors are now more open to embracing scripts requiring VFX. Production companies hence increasingly pursuing more ambitious products that can only be fulfilled with the use of VFX and streamline platforms, have also broadened the genres of content being published.

Animation finds application significantly across the entertainment, education, design, gaming, and related industry, which is categorised into 2D traditional animation through manually processing by hand and 3D-digital animation using various software applications, whereas visual effects includes processes by which imagery can be created without actual shooting and are used to enhance a live footage to exhibit sequences which would be impossible or not feasible to shoot live.

APAC is the fastest growing market overall as well as the 3D animation market. The major vendors in the 3D Animation market apart from the ones mentioned before are AutoDesSys (U.S.),Maxon Computer (Germany), NewTek. (U.S.), NVIDIA Corporation (U.S.) and Pixologic.

The APAC region has highly emphasised on the formalisation of professional services across the animation and VFX to support the ever-growing media and entertainment industry. Countries such as New Zealand, Singapore and others have emerged as a hub for animation and VFX artists, as these countries have an ecosystem for animation and VFX schools that offer advanced education in various streams.

India too has emerged as the dark horse with several international collaborations happening. Region wise, India falls under the high growth zones in the expansion and growth of the animation and VFX industry.

As the world slowly comes to terms with the pandemic, there’s hope for a better future. And as the Indian industry veterans put it, the animation and VFX industry is only going to boom.