With the lockdown being extended till 3 May, the entire country is grappling with COVID-19 and to somewhat with boredom. The current situation looks grim and if assumptions are to be believed, the lockdown might extend even further.

While most of us adults are running out of options to keep ourselves entertained, we can only imagine how the kids must be coping with this unprecedented, early summer vacation. Surely the kids are missing all the outdoor fun. So, today, to lift their mood, we list a few animated series that will make them laugh hard and stay entertained and engaged.

Golmaal Junior is an adaptation of the legendary comedy movie series, Golmaal by noted filmmaker Rohit Shetty. It centers around the adventures of Gopal and Madhav – the two mischievous rivals, who encourage their gangs to play pranks on the other which often results in fun, drama and chaos. 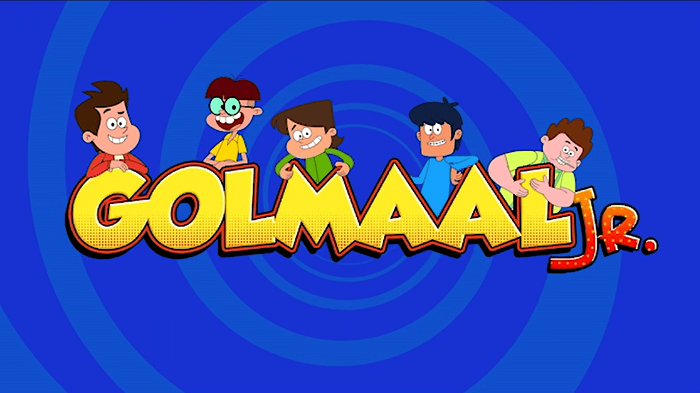 Targeted to the age group of six to 12 years, the humour is the key ingredient that will attract that age bracket. The broadcaster has tried to give full justice to the original franchise with the use of proper elements. The show is full of quarrels, adventures and all things fun.

Where to Watch : Sonic and Voot Kids app.

There’s no baby as suave and savage as Boss Baby! This animated series has made adults go awestruck while kids wish to start their own Baby Corp already! 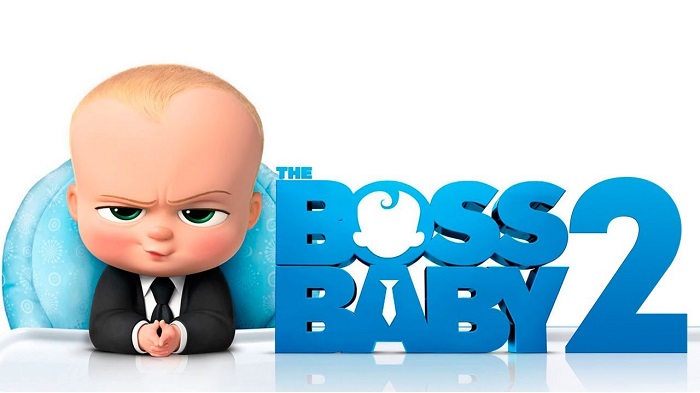 Boss Baby is about a new baby’s arrival in a family, who’s secretly a boss working for Baby Corp doing all things possible to make the entire world go gaga over babies while maintaining his relationships with his brother and parents.

This adorable baby wears and often embarks on secret missions, that involves protecting baby love in the world with the help of his gang.

Where to Watch : Netflix.

When it comes to tickling funny bones, there’s none quite like Mr. Bean. The classic show, featuring everyone’s favourite bumbler has won hearts and audiences worldwide. 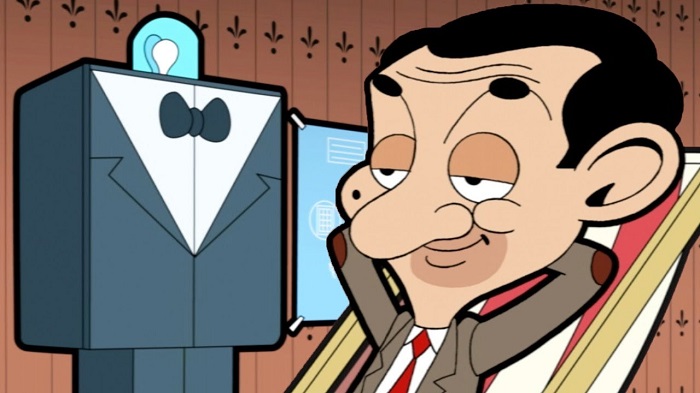 While the original series is hilarious starring veteran Rowan Atkinson, tune in to the animated series with brand new stories and his goofy,moronic yet hilarious decisions. Whether it is a tub full of tadpoles or teddy’s birthday party, he never fails to make one laugh. So, let your kids enjoy this legendary show.

Where to Watch : Voot Kids and Amazon Prime Video.

Funny and Simpsons are synonymous. Another classic animated show that will glue the entire family together. Created by Matt Groening, globally recognised as a pioneering animator, The Simpsons launched in 1989 and it is the longest-running sitcom in the American history with a collection of over 675 episodes spanning across 31 seasons. 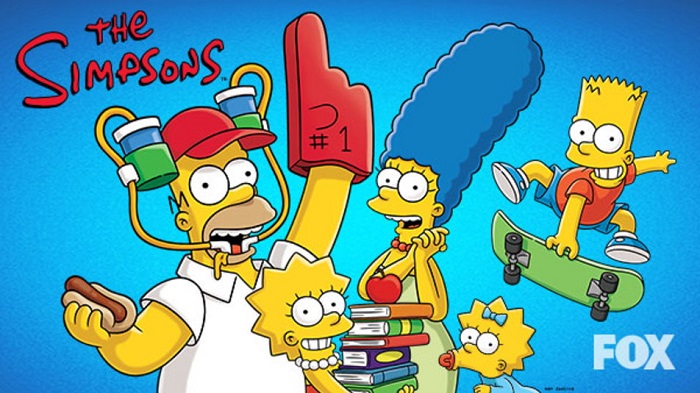 Simpsons – the ultimate nuclear family where Homer (father), Marge (mother) and children Maggie and Bart are sure to give you family goals. The yellow family of five have become pop-culture icons over the years in the series, which is a satirical depiction of working-class life. Their quarrels, fun, laughter and all family drama are encircled with love.

Inspired by the popular movie franchise, Fukrey, Fukrey Boyzzz is the second animated IP of Discovery Kids based on a Bollywood franchise, after the hugely successful Little Singham, which was based on the franchise Singham. 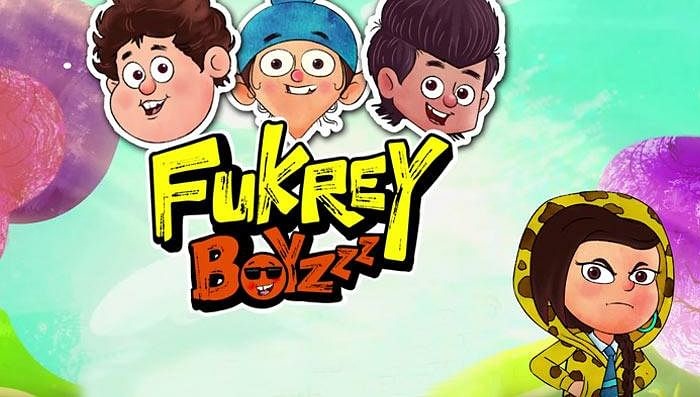 It revolves around Choocha, Hunny and Laali who have given a twist to make dreams a reality, which leads to a riot of fun, laughter and adventure. Kids will get to witness this madness and their motto – ‘Friendship+Dosti=Fukrapanti’

Every time Choocha has an outlandish dream, Hunny tries to make sense of it by putting together an equally outlandish ‘desi jugaad’. While Laali tries to warn them, Bholi Punjaban, their nemesis is always in fray to sabotage the whole plan. Fukrey Boyzzz is a rib-tickling production that captures the innocent and harmless masti/mischief of kids.

Created by Green Gold Animation founder and CEO Rajiv Chilaka, Mighty Little Bheem is a prequel to the hit animated series, Chhota Bheem that finds the character in his infant days. 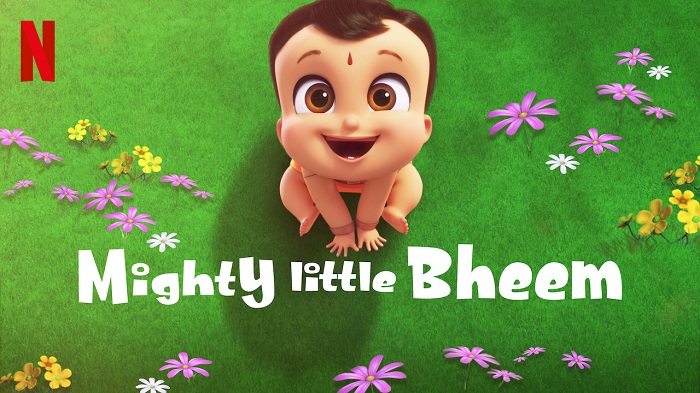 The series features an innocent toddler’s boundless curiosity -and extraordinary might that lead to mischief and adventure in a small Indian town. Targeted at pre-schoolers from two to six years of age, the series has 21 episodes ranging between five to six minutes and is a silent slapstick adventure comedy centered around baby Bheem and his crazy adventures.

It topped the charts in the US for ‘What We Watched in 2019’ and has been viewed by 27 million households outside India.

Where to Watch : Netflix.

When it comes to funny adventures, who doesn’t like Timon and Pumbaa? This beloved best friend duo of a meerkat and a warthog from the animated classic The Lion King, live life to its fullest with their motto – Hakuna Matata which means there are no troubles and worries.

This inseparable duo are funny, lovable and unique in their mischiefs and will make one go crazy with their problem-solving skills.

This feline duo is another favourite when it comes to amusing madcap comedy. Honey is the goofy one and Bunny is the smart prankster. They live with their friends a talking parrot – Popat and a dog named Zordaar who together venture in to crazy adventures when Ms. Katkar is away. 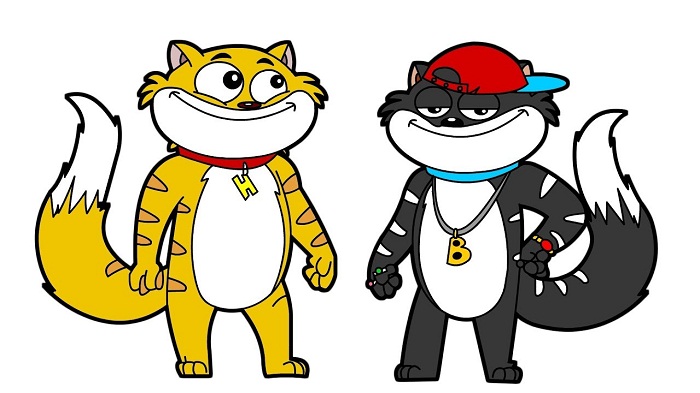 While the duo is always up to some mischief, they also impart valuable lesson of having each other’s back to kids. This summer kids can enjoy the extra dose of Honey Bunny with eight brand new movies in store that include- Honey Bunny in The Arabian Adventure, Honey Bunny The Millionaires, Honey Bunny and Super Race Car and many more.

These entertaining shows will surely keep your child hooked and take them on a joyride. So, what are you waiting for, spend some quality time with your little one along with a lifetime experience with these epic shows!