The global video game industry is thriving, despite the widespread economic disruption caused by the coronavirus. With the practice of social distancing reducing consumer and business activity to a minimum, gaming offers an engaging distraction for people at home looking for social interaction, and initial data shows huge growth in playing time and sales since the lockdowns began.Taking the advantage of gaming preferences video game and esports are going bullish over partnerships and investments as they consider this time as the time for expansion and to create an ecosystem which will able to process even in the worst scene. Since employees are the biggest assets for of a company and safety is key even in the worst scene Simplicity Esports and Gaming company, who owns and manages multiple esports teams, hosts online tournaments and holds franchisees of esports gaming centers, has announced that it has secured a relationship with Ecolab to provide its more than 30 franchisees and over 40 locations a steady supply of cleaning and sanitising products, that are needed to keep their esports gaming centers and customers safe.
The products include hand sanitizer and dispensers, hand soap, disinfectant spray, masks, and touch-free thermometers.

Simplicity Esports CEO Jed Kaplan, stated, “As our esports gaming centers continue to reopen across the country, we wanted to have a proven solution for maintaining proper cleanliness and hygiene for the safety of our staff and customers. Our franchisees are focused on maintaining clean and safe environments in their gaming centers, while also observing social distance guidelines. We want our database of over 400,000 customers to know that we take COVID-19 and their safety seriously. When they come to one of our centers to enjoy a day of gaming or purchase gaming merchandise, they will know the location has been cleaned with high grade products from Ecolab, a leader in the space.” 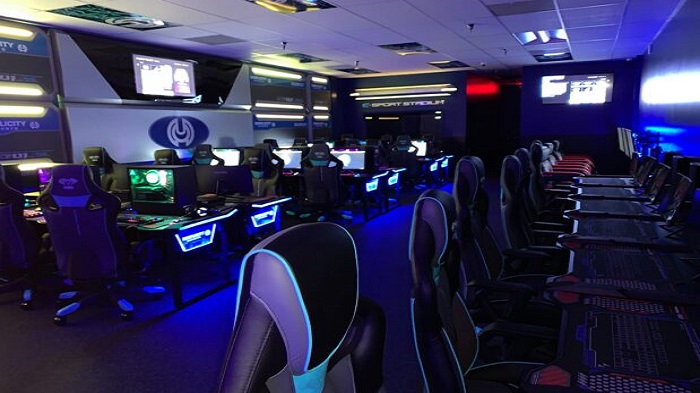 Simplicity Esports and Gaming Company(WINR) are up 43per cent despite no company-related news to drive the stock higher. WINR is currently up $2.01, up $0.61 or 43.57 per cent, on the Nasdaq. The shares have been maintaining its upward momentum it gained in the last week of May.

They also announced earlier it has signed numerous staff and players to its subsidiary Flamengo Esports team. The team will be competing in the Campeonato Brasileiro de League of Legends (BCLoL Brazil), the top tier league in Brazil. New signings include Younghoon “Bvoy” Joo from Florida-based Misfits Gaming and Brazilian Top Laner, Felipe “Bankai” Boal from KaBuM! E-Sports.