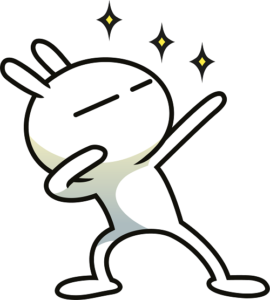 Tuzki, China’s most famous rabbit, has been selected to lead the cast of a new series produced by Ciwen Media. The as-yet-unnamed modern comedy-drama series will mix live-action and CGI styles, and will mark Tuzki’s debut in long-form content.

WarnerMedia Entertainment Networks, which owns the Tuzki IP, and Ciwen Media, a TV and film production company listed in Shenzhen, will partner on the series, which is expected to be 24 episodes and to go into production in early 2020.

“We’ve been ramping up our investment in local productions over recent months and are firmly committed to nurturing our homegrown Chinese IP. Together with Ciwen Media, this project demonstrates this perfectly. Interest in Tuzki has never been higher and that’s in part because he has a unique voice that resonates with young adults in China. He’s become more than just an emoji, he’s truly an icon for all screens,” said WarnerMedia Entertainment Networks, Southeast Asia, Pacific and China managing director Clement Schwebig .

For years, Tuzki has been the most popular emoji on social messaging app, WeChat – amassing hundreds of millions of shares and downloads. The distinctive rabbit has appeared in animated shorts, events, as well as themed cafes and restaurants.

Ciwen Media founder Ma Zhongjun added, “The most impressive creative projects are usually derived from real life. And with his witty charm, Tuzki is an accurate expression and reflection of modern lifestyle. In this series, we hope that this original Chinese IP will share joy and inspire the world as a symbol for the internet generation.”

Tuzki will also feature in the 2020 drama Second Time is a Charm, directed by Chen Ming-zhang, while a theatrical Tuzki movie is currently in pre-production. Earlier this month, Tuzki appeared on the side of the world’s tallest building as part of a Dubai Tourism campaign to attract Chinese tourists to the emirate.