With over seven years of experience in the training industry, young and vibrant Karan Vir Arora brings with him the techniques needed to impart knowledge to the readers. His comic book not just provides you entertainment but educates you at the same time. 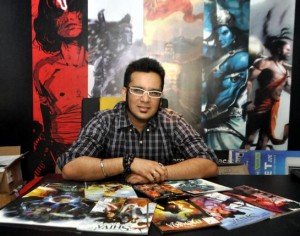 Vimanika Comics mainly creates stories based on characters related to the Indian mythology. “There is hardly anyone in the comic industry that has got into mythology. Nowadays people try to create very classy and modern characters with no base in the story. This industry is growing, so I wanted to do something which is real, with whom the readers could connect,” said Vimanika Comics director, Karan Vir Arora.

Karan has been doing research on Indian ancient history over the past decade. His main objective is to educate his readers about not just mythology but ancient India.

“Every invasion has destroyed our history. Today’s youth doesn’t know the reality of the Harappan civilisation, only thing that they are aware of is Ramayana and Mahabharata. In order to break the myth of Aryan invasion and others I went on to connect with one of the experts on the space, in S R Rao, who discovered Dwarka and other such places to learn from and familiarise myself with the occurrences which took place over 10,000 years ago. My aim was ‘to create a trend not follow one’. India is very rich in its culture so I wanted to bring it out through my beautiful tales, with action, sexiness along with appealing graphics,” he added. 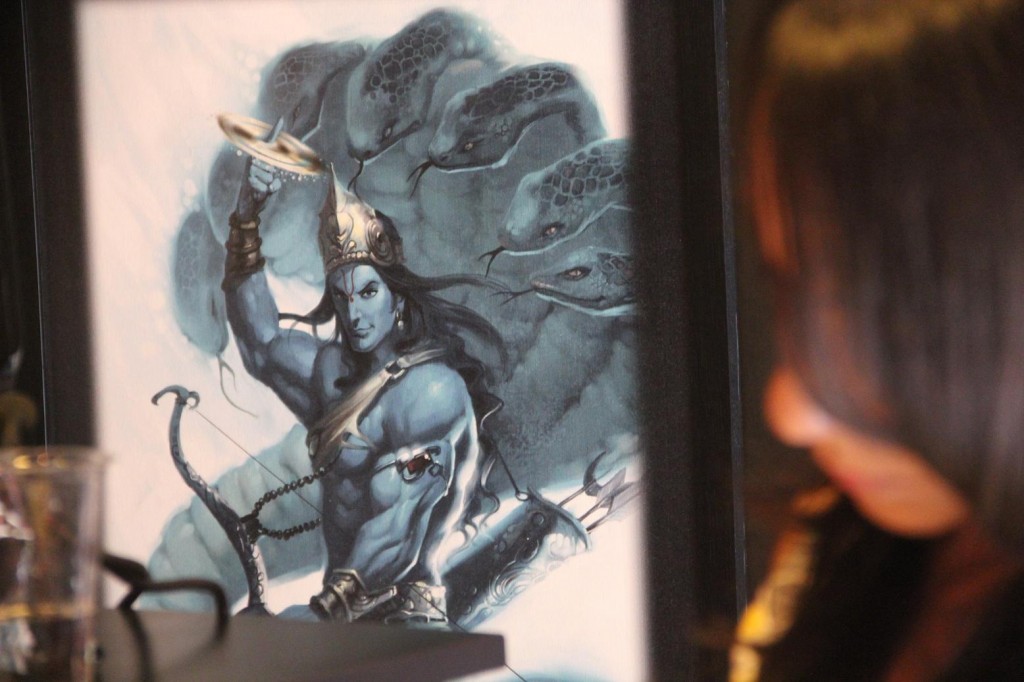 What’s interesting is that comics were not really Karan’s first love, as he wished to make animation features, but due to lack of funds, experience and knowledge of the space he ended up romancing comics instead.

“I wanted to do films first but then I decided to put my creativity into comics. I thought if Virgin comics can do Indian mythological stories sitting in UK and US then why not me.  I learnt from historians, did my research and really thought of creating something new which was authentic and at the same time brought some newness that other comics like Virgin and ACK lacked,” expounds Karan. Vimanika would have been impossible without its team, so as Karan puts it – A bunch of talented artists and scholars have made Vimanika what’s its today. Deepam Chatterjee (writer of Dashavatar), Shail Gulati (researcher for Shiva series), N S Raja Ram (ex-scientist consultant to NASA, with 40-50 years of experience in Indian history), Amit Tayal (senior artist), Kshitish Padhey (senior writer), renowned Vedic scholar David Frawley and Mahesh Prabhu, who connected Karan to all the aforementioned.

Vimanika Comics is not just restricting itself to Indian audiences, with Shiva Vol. 1 the company is reaching out to French and German language reading audience with assistance from a Swiss based publication, Virtual Graphics.

“On an average, we manage to sell 3,000-5,000 copies per month and we will be soon launching new books on contemporary genres as well,” reveals Karan.

Sharing his thoughts on the current comic industry in India Karan says: “This industry is definitely growing, but the speed is slow. The demand for artists in this field is really high as against the supply because of which we have to hire them at astronomical prices. We also require more distributors and retailers in order to push the growth of this industry.”

And the fun for Vimanika doesn’t just stop there; it also has its very own merchandise and apparels store in Bandra, Mumbai. The comic company is also available on the digital platform through an app for Android, Windows and Blackberry platforms. “We are in talking terms with Apple as well, and will soon be launching it on iOS. The first two digital comics that the user reads will be for free, post which one will have to incur anywhere between $1.99 to $2.99 per new copy read.”