Arun Roy’s new Bengali-language biopic, which recently premiered at the 24th Kolkata International Film Festival plucks from obscurity Hiralal Sen’s contribution to Indian cinema. The fact that it was Hiralal Sen who was the pioneer of Indian cinema has largely remained beyond the ken of Indians. Set in 1886 present-day Bangladesh, the movie spans over filmmaker’s life; touching upon his drive for filmmaking. The director of the movie Arun Roy and the VFX creative director Indranil Roy spoke candidly with AnimationXpress about the project.

What influenced or inspired you to make Hiralal : The Uncredited Role?

Since childhood, I’ve grown up like others knowing the Father of Indian Cinema is Dadasaheb Phalke. One day I discovered that the history of Indian cinema goes far back. Our country has been labouring under an incorrect notion. Not people are aware of the fact that it was Hiralal Sen. When I first came to know about this, I delved deeper into the subject. I did my research, wrote a script, and took it to the industry, I discovered that 98 per cent of them were oblivious to this. So, that inspired me to know more about it and let the world know about the truth.

Where did you get your research material from?

My entire research on this concept spanned over two years. I got material and books from The National Library and Natyasodh library in Salt Lake, Kolkata that’s entirely dedicated to theater and on the history of theater. And finally, I penned the script.

Why did you decide to take the aid of VFX for this film?

I took this decision because the story needed to be created in a setting of ‘old’ Kolkata. The roads, the feel of those days are gone now. Initially, I thought of creating a set but the expense was huge and for a Bengali film, it was practically impossible. So, I shared my concern with one of my friends, Soumen who works for Red Chillies as I have little knowledge about VFX. They were then too occupied with Shah Rukh Khan’s Zero. He then introduced me to Golden Ratio’s Indranil Roy, who seemed to be the perfect choice for the quality work I needed. So, I went to Mumbai and discussed the project. I’m really grateful for the kind of work they’ve done. It has aptly justified with the storyline, script and recreated 100-year-old Kolkata beautifully. The total film has been made using VFX and the credit goes to Indranil Roy. What he has done is magical.

Animation Xpress also spoke to Roy about how the ‘then’ reality was recreated on screen. Here’s what he had to say :

Hirarlal The Uncredited Role is garnering praise for its visuals. Tell us about how the project came to you?

The director of the film approached a big VFX studio in Bombay for this project because he was looking for very high end invisible visual effects in terms of quality. At that time they were tied up with their ongoing projects so they could not take up Hiralal. They recommended my name with an assurance of quality. The director watched my visual effects reel and decided to carry out the project with me. I knew about Hiralal Sen though Bengalis, by and large, don’t know about him. It was a great opportunity to work on a Bangla feature film of Kolkata for the first time that too on the unacknowledged first filmmaker of India.

The movie is set in 1903 British India. Depicting that era presupposes a great deal of study and planning. Tell us about how you approached the project from the VFX standpoint.

Yes, it required a lot of studies on the buildings of the British ruled Kolkata. Since I was born and brought up in Kolkata, I know the places where those structures are still there. Some of them are in dilapidated condition and some are well maintained. I photographed most of them for reference and study. We covered a huge area with a green screen of 30 feet height in a mill campus on the bank of the river Ganga. We had a detailed discussion and shot division before and at the time of the recce. Here I must acknowledge that shooting with the director Mr. Arun Roy was a great experience. He did everything that needs to be done to achieve a good visual effects imagery. He gave me a freehand to shoot the VFX shots while he took care of the performance of the actors. The crew was big but extremely organized, fast and well-planned.

What sort of challenges did you have to face in deploying the imagery?

I guess the first criteria of working with the new-age Bengali directors of Kolkata is to understand their sensibilities. Their sensibilities are very different from those of Bollywood. Arunda clearly told me he didn’t want VFX to stand out. He wanted the visual effects imagery of Kolkata of that era to blend seamlessly with the story and the characters. Well, after the screening of the film at Kolkata Film Festival, nobody praised the visual effects! The audience did not come to know the city of that era was visual effects imagery. I saw a smile on Arunda’s face! I feel, sometimes the best compliment for our work is not receiving any compliment at all. That’s the biggest challenge!

How long did it take for you to complete the post-production VFX process?

It took us one month to complete the visual effects.

Which software did you make use of?

We used After Effects, Nuke, Photoshop, and Silhouette.

How many shots were delivered?

Apart from creating the city of Kolkata in 1903, we had some shots of Varanasi Ghat of that time and some shots of the tent in Kolkata Maidan where Hiralal used to run his shows. Altogether we had more than 75 shots.

How many people from your studio worked on the project?

A total of ten artists worked on this project. Here I must mention the role of my friend Pragyanu Ranjan Sahu (Ranjan). He was closely associated with me in the supervision of the VFX post. His contribution is worth mentioning. 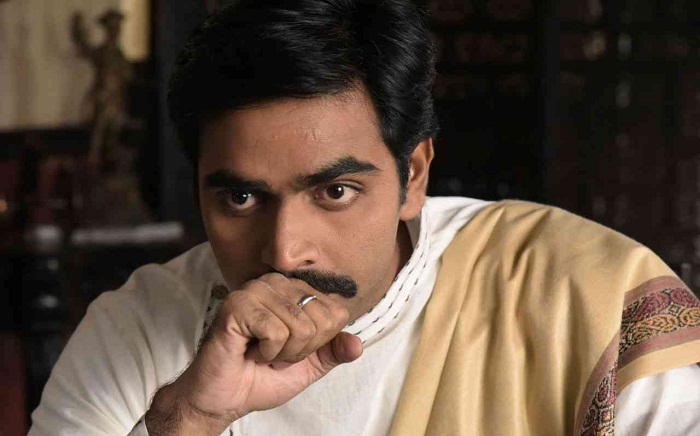