After taking Star India to where it stands today, Uday Shankar is plunging  into the bigger game. Post his exit from the company, Shankar is joining hands with his former boss James Murdoch’s Lupa Systems for a new venture that will explore technology and media opportunities in emerging markets like India (start-ups), as per recent reports.

Murdoch invested the $2 billion he got, after his father media mogul Rupert Murdoch, sold entertainment assets of 21st Century Fox, including Star India, to Disney in a $71 billion cash and stock deal.

Lupa Systems is a private holding company founded in 2019 by Murdoch, the former CEO of 21st Century Fox, Sky plc, and STAR. The company has offices in New York and Mumbai, but the team has extensive experience building and scaling businesses across the globe in multiple industries. It focuses on companies within the technology and media industries, impact-driven companies focused on environmental sustainability, and emerging markets, particularly within the Indo-Pacific region. 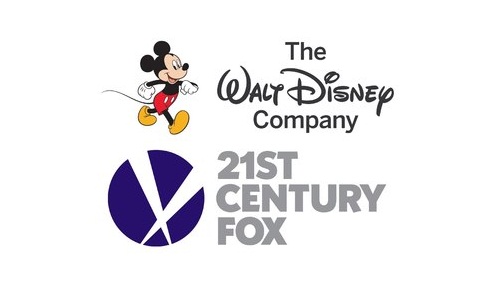 Commenting on the collaboration, Murdoch stated, “After two decades of working in India and the region, at Star and more recently at Lupa Systems, it’s great to be entering into a renewed partnership with [Shankar] Uday. Our collaborations over the years have been immensely rewarding for consumers, our various shareholders, and our colleagues. I’m very pleased to be renewing that partnership now. As connectivity continues to accelerate and expand across South Asia and the whole region, new opportunities for innovation, across consumer sectors, will multiply.”

After a 13-year-stint at the top of India’s largest entertainment network, Shankar shared that he had been thinking about how he can give back to the country, community and industry.

“James [Murdoch] and I enjoyed a great partnership at Star and I am enormously excited to be in partnership with him again. At Star, we had the great benefit of working with the best and brightest Indian talent, combined with global vision and a desire to disrupt the old order. Digital Technology promises to transform the lives of many millions of people in this part of the world and I have every confidence that we can harness technology, enterprise, and tremendous talent to create a great business that is also great for society,” mentioned Shankar.

Shankar is known for taking risks, making bets and trying out new concepts and ideas. His Rs. 16,347.50-crore all-or-nothing bid for the global media rights of the Indian Premier League (IPL), Rs. 6,138.10-crore bid for the BCCI rights, or Rs. 2,400-crore buyout deal for Maa TV Network, are known to all as risks very few in the industry would take. 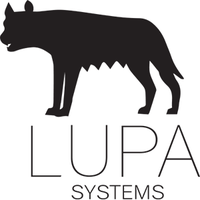 “Lupa Systems set up its India presence less than two years ago and has already created a promising portfolio of technology investments. Partnering with Uday, to build ambitiously for the long term, will take us to another level,” added Kukreja.

Murdoch told Financial Times, that the partnership would not “work like a venture capital project, but will have a more operational focus, aiming to knit together the ‘explosive growth’ of mobile data access in India with services such as online learning and healthcare.” It will be focused on India but will cover the whole of Asia.

It will be like homecoming for Shankar, Murdoch and Kukreja as three of them worked very closely together to help build Star India’s sports business, which today is amongst the most valued properties in the Disney Star India portfolio. Industry experts expect this trio to unleash some great entrepreneurial energy from India’s young start-ups, especially at a time when India is showing explosive growth in wiring up to the internet, either through fixed broadband lines or wireless. The pandemic has accelerated almost all sectors starting from e-commerce, to online purchases, education as well as online health care consultation and more.

Shankar left Disney on 31 December 2020 to move on to an entrepreneurial career where, with funding from global investors, he would support founders to create transformational solutions. A trained journalist, Shankar led and transformed television. He took over as CEO of Star India in 2007 and transformed the company’s broadcast operations, and made Star India one of the biggest media and entertainment companies in Asia. He subsequently led 21st Century Fox’s operations throughout Asia, and was appointed president of Walt Disney Asia Pacific when the Walt Disney Company acquired 21st Century Fox.

Under his leadership, Star launched Hotstar – now Disney+ Hotstar –one of the most successful streaming services globally. He presently serves as the  Federation of Indian Chamber of Commerce & Industry (FICCI) president.