The academy has entered into an alliance with UK-based The Foundry, which aims at pioneering and imparting a more effective way of learning and nurturing the future of students wanting to take up visual effects as a career. 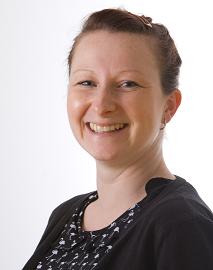 “We are well established in the animation industry and have been catering to the audience for over a decade. As we were planning to venture into the field of VFX and at the same time The Foundry was also looking for an official partner in Kerala, so we started the initial discussion in March; this is how the collaboration happened and today we finally got the license,” reveals Toonz Academy VP Vinod to AnimationXpress.com.

Nuke provides artists and developers complete creative control, cutting-edge compositing toolsets and more extensive customisation options. It has been used in creation of visual effects for award winning movies like The Avatar, Life Of Pi, Gravity & The Hobbit.

Foundry will also offer the curriculum, exercise files and also the authorized certification. The faculties are also trained by Foundry. This will help students in developing multi-disciplined skillsets that can be employed in an individual or global facility environment.

The training centre was officially launched on 10 July, at Hotel Pankaj in Statue Junction, Trivandrum. Total of 75 people participated in the event. This is the first of its kind in Kerala and will be offering a six month programme on VFX.

Live demos on visual effects for movies, case studies on recent projects and interactive session with experts on shaping a career in visual effects & animation were the highlights of the conference.