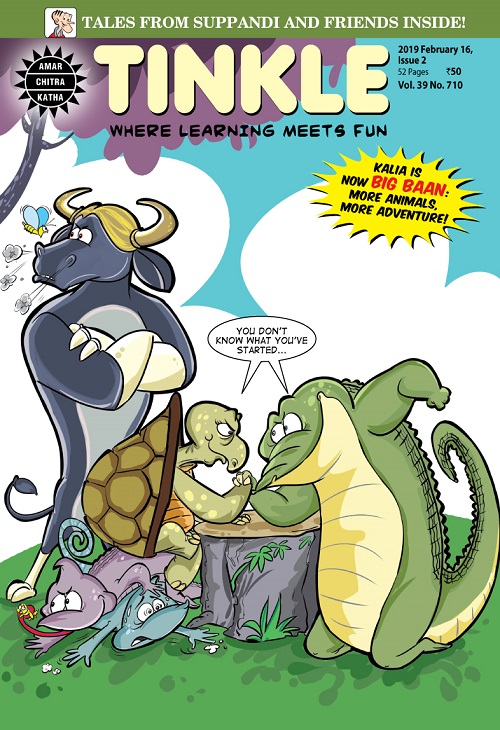 Tinkle is loved all over the country for the fun comic series it carries with every issue. The iconic series from Tinkle, titled Kalia the Crow is getting a reboot after 38 years. The series will be re-launched as Big Baan, which will see a larger forest, more animals, and more adventures in the second issue of February.

Kalia the Crow was the first character to feature in Tinkle and appeared in the very first issue of Tinkle, in November 1980. The series was developed by writer Luis Fernandes and illustrator Pradeep Sathe.

“We wanted to expand the cast of characters and explore the world beyond Kalia the Crow. Chamataka and Doob Doob are very popular, therefore we considered giving them their own adventures,” said Tinkle editor-in-chief Rajani Thindiath.

With this reboot, Tinkle Comics is venturing into the different forests and ecosystems around the country. And through Big Baan, the comic also plans to expose kids to different kind of creatures that live in these environments, from monitor lizards and bisons to vultures and snow leopards.

Thindiath thinks that there cannot be any comparison between the earlier series, Kalia the Crow and the reboot, Big Baan. “Kalia the Crow is iconic with its classic trio—Kalia, Chamataka and Doob Doob,” added she.

The synopsis of the reboot series goes as follows:

What happens when animals of different forests have to share one watering hole? A fight breaks out between different groups, each faction consisting of the following characters:

Doob Doob, the foolish crocodile; Chamataka, the wily jackal; Pu’Rani, a giant turtle who fancies herself the ruler of the great forest., who is carried by four monitor lizards—Uttu, Dakku, Puru and Pushu—named after the four directions, since they have no sense of direction. Pu’Rani also has two bison bodyguards, Thod and Phod.

The reboot plans to offer different reading experience to young readers with a new cast of characters, new environments, new look for the forest and its denizens, a chance to explore animals from across the country and funnier stories and wilder adventures. 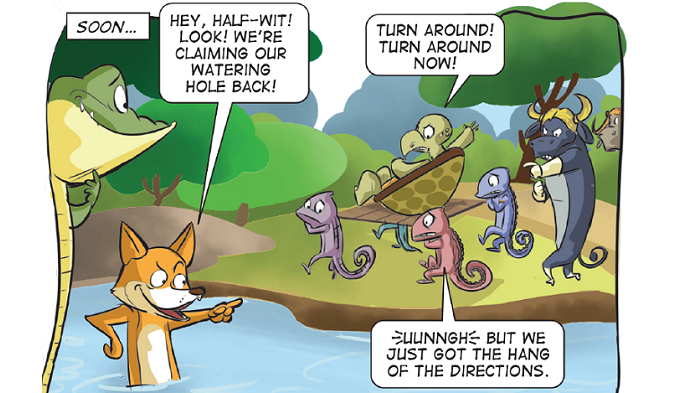 Written by Ritu Mahimkar, Aparna Sundaresan and Sean D’mello, illustrated by Archana Amberkar and colourist Sachin Adhare and lettering by Prasad Sawant, the issue will be out in the market on 16 February 2019, providing the readers with a lot more fun adventures waiting to happen in the following months, stated Thindiath.