2D Animation Animation Latest News Most Popular
Finally the much-awaited The Promised Neverland anime series has arrived and its already become a rage within hours of its arrival. Social Media is replete with fans gushing over its premiere episode as it went live in Japan before sites like Cunchyroll were able to spread it across the world. The buzz around the first episode proves that people are loving it so far. The final moments of the show’s debut follow Emma and her best friend Norman as they follow after a friend who was recently adopted from the Grace Field House. Determined to give the kid their toy back, the two leads discover a truly dark secret about their existence as they venture on, and anime-only fans are still reeling from the reveal. 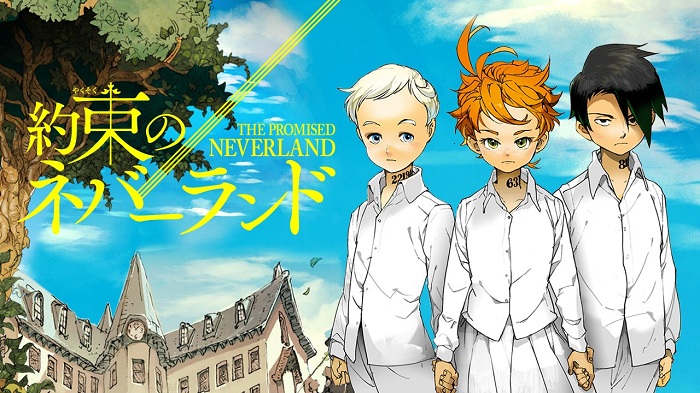 The Promised Neverland is licensed by VIZ Media for an English language release and is described as such, “Emma, Norman and Ray are the brightest kids at the Grace Field House orphanage. And under the care of the woman they refer to as “Mom,” all the kids have enjoyed a comfortable life. Good food, clean clothes and the perfect environment to learn—what more could an orphan ask for? One day, though, Emma and Norman uncover the dark truth of the outside world they are forbidden from seeing After all, it is hard to learn about murder as an 11-year-old, and it becomes all the more difficult when you discover who exactly is killing who in The Promised Neverland. If CloverWork maintains its quality, the brand-new anime is all set to become one of the shonen wellspring’s top creations. Its Manga had already laid out how immersive the story itself is. Now, the fans on the internet are dying to catch up with Kaiu Shirai’s story with anticipation. Originally created by Kaiu Shirai with illustrations provided by Posuka Demizu, The Promised Neverland joined Shueisha’s Weekly Shonen Jump magazine in 2016. It’s been a key series ever since its debut, leading to selling over 4.2 million copies in such a short time. We hope to give you more such exclusive updates on the episodes. Stay tuned! .”