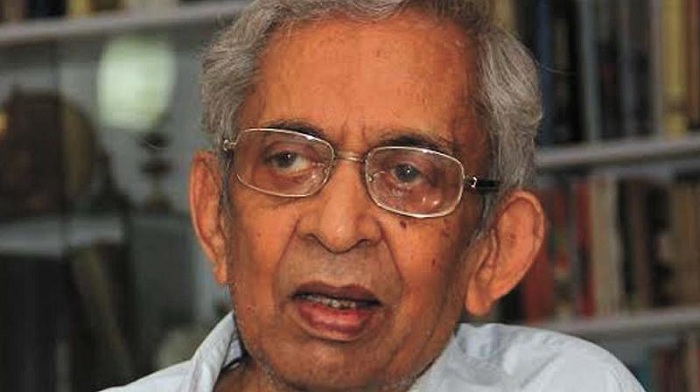 Known as the father of Indian animation, Ram Mohan passed away today at the age of 88. A veteran in the Indian animation industry, he had started his career at the Cartoon Films Unit, Films Division of India, Government of India in 1956.

Mohan was the chairman and chief creative officer at Graphiti Multimedia, a Mumbai-based animation company which was established in 1995, and later he also established the Graphiti School of Animation in 2006.

With a heavy heart, the Indian animation industry shared condolences for their greatest mentor of all times.

Animator and director Shilpa Ranade shared her journey with him in during initial career phase. Ranade said, “My first job after graduating from IDC was with Ram Mohan Sir, my first steps in animation were mentored by him, he was a legend and a lifelong animator and teacher. If it wasn’t for him there wouldn’t have been a concrete opportunity for a new generation of animators to emerge, thanks to his continued support we have an industry to speak of.  Salute to his endeavours and inspiration, I will miss him deeply.

Studio Eeksaurus founder and director Suresh Eriyat who was hoping to meet him in a few days is deeply saddened by the news. “First time I met him was when I did my internship as a student at his studios in 1994-95. His sense of humour, grace and kindness created deep impression on my mind. Even when I started off in Mumbai with Famous House of Animation, he was there guiding us remotely. And at Studio Eeksaurus, he used to visit us and spend days seeing our work, reviewing upcoming projects and sharing his own stories. I remember him like a father figure and used to inform him of all the award wins and he would always reciprocate with the best of blessings. I will miss him terribly,” said he.

Eriyat further feels that all from the industry of animation will miss that guiding light, but his works will live forever, inspiring everybody.

In 1968, Mohan left Films Division and joined Prasad Productions as chief of their animation division. In 1972, he established his own production company, Ram Mohan Biographics, which worked on commercials, and the animated feature Ramayana: The Legend of Prince Rama (1992), which he co-directed in collaboration with Yugo Sako from Japan.

Industry veteran Ashish Kulkarni mentioned, “Ram Mohan Sir was the one who laid the foundation of Indian Animation. He groomed a large number of artists in all forms of animation, who have became strong pillars of the industry over several decades. Sir was a humble, fun loving person with a great sense of humor. He will always be remembered for his every smiling face and helping nature. While we all give him a tribute, we will miss him a lot. May his soul RIP.”

Vaibhav More Films director and founder Vaibhav More also shared his condolences. “Today is sad day for Indian animation industry. A great director n “pitamaha Bhishma” of our field has passed away. I still remember meeting him as an intern and listening to him talk about animation. He was a very humble and down to earth personality, with amazing talent. We all in the industry are here because of his hard work and his vision for our field. I feel we all are in his debt for ever. RIP”

Girgit Studios co-founder and director Swarup Deb shared his condolences saying, “Ram Mohan ji has been an inspiration who nurtured a generation of animators. His demise is sad and shall leave a huge void in our hearts. We were lucky to have received his blessings in person and something that shall last us for an entire lifetime.”

Mohan had personally trained many stalwarts who are leading the industry today and will keep inspiring the coming many generations. May his soul rest in peace!