If taken at face value, Comics are merely a splash of colours with a few words thrown in to concoct a tale of fantasy and fiction; but if it were that easy a thing to do shouldn’t we be bombarded with newer Comics on a daily basis just like how we see newer content just crop up on television channels, heck nowadays newer channels altogether.

So to understand the art and science of the Comics business, AnimationXpress.com reached out to the comic fraternity and took notes on what goes into the making of a Comic, and we are not looking at the business side of things, but stressing more on the creative aspect. So read on…

Lessons from the practitioners

Certain kinds of texts ask for both descriptive and instructional writing, whereas comic book scripting requires the writer to give the artist detailed, expressive instructions while also crafting exciting dialogues and rich language.

Usually when an artist works on any comic book he/she encounters an authentic writing experience, designed to get them thinking about their choices as writers and how they can best get their mental images out of their grey matter (head) and put it in black and white (onto paper).

Comic making involves various techniques and art forms. It presents powerful stories in a way that appears simple at first, but is actually a complex cognitive task.

According to a study, three intertwined, but overlapping, phenomena occurs in a person’s mind while reading a comic that is, Closure, the mind’s ability to make incomplete pictures complete and to fill in incomplete images. Narrative density, the amount of information a single panel can convey. Finally, what ‘comics guru’ Will Eisner (1985) called amplification. It is referred to the use of words to enhance the narrative flow of symbols (pictures), in an educational or literacy sense, pictures and words scaffold one another to aid overall comprehension.

After exploring how comic books are made along with the learning terms and techniques associated with the genre, the writer writes his own comic book scripts. He then passes the script to the illustrator, who draws according to the script, as close to form as possible – based on the information the writer has provided.

And it’s a collaborative process, involving a writer, who writes the script from which the story emerges. An artist, who draws for the script, usually using pencils and an inker who goes over the artist’s pencil lines with ink to make them stand out.

The next step involves the colourist who colours the inker’s and artists’ work, by hand or using open source or licensed softwares (Adobe’s Photoshop being the industry norm). Colouring also differs on the context of script provided by the writer. If it is an Indian based comic book like mythology, historical, etc, it requires more of earthy colours (blue, green); whereas the western comic art allows being far more liberal with bright colours like orange, red, violet, purple put to use.

Letterer puts the words in the right places and makes them clearly legible. And then enters the editor, who looks over the stories for errors as well as helps the creative team find direction for telling the stories along with the editor-in-chief, who is the boss!

The first step is the script. All the written directions for how the comic book will be put together as well as the dialogues come under scripting. Pages are elements in the script where the writer tells what should be on each page plus panel; they can be either rectangular or square in shape, where all the action of the script takes place on a page. At times open panels are used to show a dramatic effect.

Comics are usually incomplete without speech bubbles. Majorly there are three kinds of balloons which are used according to the mood of the character. Word Balloons – to show where people speak, Thought balloons – to show when people are thinking and Narratory Block –  which are like little rectangles or squares where a narrator, maybe a character from the story, shares special information with the readers.

These are some of the basic procedures followed by all the artists while making a comic book; there are also the Manga/Anime style books, which take a slightly different approach. 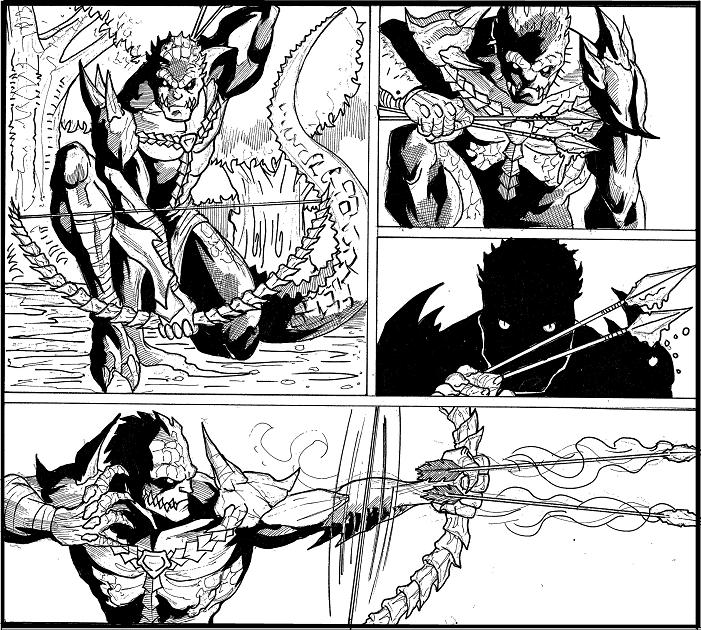 Originated in Japan, Manga comics are being translated in English and have been adopted widely all over the world. Traditional Manga has panels and pages beginning from the right, in line with the Japanese script which is written in that direction. But Indian artists prefer to take the left to right form to suit Indian readers. Some of the Manga artists prefer drawing first and then build dialogues around it unlike their contemporaries who prefer to work with a script in place.

The final process is printing. If the comic is being sold as a physical product, it is submitted to a printer where a certain number of copies are printed based on sales estimates. This process can take several weeks depending on the size of the order. If you are planning to sell it for free then web-comic is the best option, as you can download and read it anywhere possible.

So, that about sums it up on how one goes about creating a Comic book, we have certainly developed a new found respect for Comic creators, how about you?