Animation Latest News
Animation is grabbing more eyeballs and all for good! After animated shows inspired by Bollywood franchises and real people getting animated (Johnny Lever, Mukhesh Khanna-Shaktimaan and Virat Kohli), actor couple Karanveer Bohra (KV) and Teejay Sidhu’s twin daughters – Bella and Vienna are now getting animated! As per the actor’s and the kids’ official Instagram account announcement, we’ll soon get to see a new animated show, The Adventures of Bella and Vienna soon! Bohra said that the animated series will be produced by himself in partnership with an animation studio, which is kept under wraps for now.


BELLA / VIENNA – Hi everybody! Surprise! Remember we told you yesterday about our big news? This is it – we will be starring in our own cartoons, called ‘The Adventures of Bella and Vienna!’ 😊 There is still a little time but we will keep you updated here. We’re really excited to see ourselves as cartoon characters! 😄 Thank you for all the love you have given us here.. We can’t wait to share this next project with you! 😊❤️🙏 * * @disneyindia @voot.kids @nickelodeon @disneyjunior @cartoonnetworkofficial @hungamatvchannel

The twins, who share their lives through their Instagram handle ‘twinbabydiaries’ (handled by their mother Sidhu) are quite popular on social media with 470K followers on Instagram alone. AnimationXpress spoke to Sidhu who shared details about the show’s current status, broadcast platforms and more. Read on: 1. Why did you think of coming up with an animated series based on your daughters? Since the babies were six months, they have been on social media – on all platforms like Facebook, Twitter, Instagram, and even YouTube. They are very big on Instagram and YouTube in particular. The Twinbaby Diaries was actually meant as a keepsake for them so that when they’re older, there’s a digital diary for them to look back.  The page became more popular than what we had expected, so KV and myself thought that it would be nice to turn it into a cartoon animated series. Because when you tell stories through a cartoon, it gets more appealing and entertaining. Another reason was that we get a lot of feedback and comments from parents about how their children love seeing Bella and Vienna’s videos, so, we thought that let’s take our social media platforms to the next level, and make something that themselves as well as other kids will enjoy.


BELLA / VIENNA – It was #FathersDay on Sunday, but we celebrate our Dad everyday! 🙂 Still, on #Sunday we made him a special #painting. Since we are two little monkeys who love jumping on the bed, (and on our Dad), we made a picture of two little #monkeys! 🙈🙈 Do you know how we made them? By painting our feet! We each put a #footprint on the paper and then did the painting. Thank you for loving our artwork and putting it on the wall, #Daddy! You’re the best and most fun #Dad and we love you so much! ❤️❤️ * * And thank you, dearest Simran @thepaleoobakes for sending the most amazing cake!! Healthy banana cake with walnuts and dark chocolate – wow!! (We ate it all that day!!) 🙈

2. What’s the current status of the project? Will it be in 2D or 3D? We announced the project in late June and it’s still under development. We are still figuring out topics and working on stories. It’s actually about putting together ideas, collating everything that we have in our minds. The animation will be in 2D for now, because we want to keep it simple; we thought to start with simple, little overhead and less budget. We will decide if we want to expand it further in the future. 3. Is this your IP or the animation studio you guys have partnered with, pitched the idea to you? This is completely our IP and idea. Being in lockdown we used to keep on thinking about more innovative ideas and creativity about what else we can do around them. Sitting at home, and putting up their stories and adventures, we thought that this was the perfect time to launch the animated series because there is a lot of time now to think over it and create it. We thought that this would be a great opportunity to bring their stories out to the world and we shared the idea with the animation studio we have partnered with, and they loved it and are happy to be a part of it. So the IP is lying with us, wholly. 4. When do you wish to launch the series tentatively? We are looking to launch The Adventures of Bella and Vienna in a month’s time from now. Since lockdown has been extended till 31 July, it will take us a little time to figure out the stories, work on the illustrations and even the animators will need some time to execute the idea into moving cartoons. So in a month probably the show will see the light of the day. 5. Which platforms are you considering to showcase this series – OTT players or linear television? If a linear television channel wants to take it up, we will be very happy and would love to check that opportunity. But for now, we will put it on a OTT platform, because it has a wider as well as a global audience. People who’d be coming to our Instagram or YouTube page, will be directed to the content on Bella and Vienna and this way it’ll be available to the whole world, and we want to reach out to a larger audience. 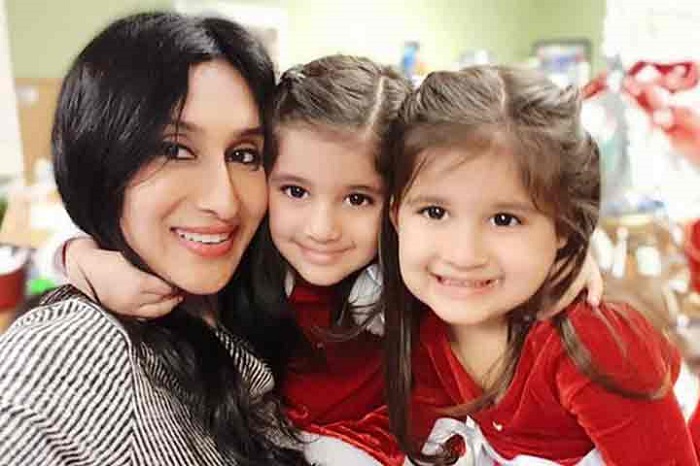 6. Can you tell us if a script is in making and if you have chosen a director for it? We don’t have any director for the show because KV is here and he has done that work before so he’ll take care of the direction. But we do have another writer and illustrator on board with us. Myself and KV are working on the script right now. Most of the babies’ social media stories and posts are written by me, so, there will be a lot of stories that will be my own. But it’s always nice to have more people to brainstorm ideas with and also writing all the stories will be a big load for me as well. 7. How have Bella and Vienna reacted to the news of their own cartoon show? The babies know that they are going to be cartoons now, and they are very very excited for it. They are big cartoon fans themselves and watch a gamut of cartoons like Motu Patlu, Ben & Holly, PAW Patrol, Barbie, Fairies and Elves and several others. So, when we told them that they’re going to be cartoons now, they were elated. I think this will be a nice memory for them when they’ll become older, like a pleasant thing to look back on. Bella and Vienna have already done collaborations, received a lot of sponsorships and worked with Disney, Mattel, Nickelodeon, POGO and more. We wanted to keep growing the social media platform and make it a brand and thus The Adventures of Bella and Vienna was born.