Arena of Valor, one of the popular MOBA games from Tencent Games (multiplayer online battle arena), will be featured in the upcoming Asian Games 2018. The 2018 edition of Asian Games will include esports titles for the first time, although there will be demonstration events and will not be included in the overall medals tally.

The Asian esports Federation (AeSF) and the Olympic Council of Asia (OCA) announced its selection of a total of six games that have been included for the multi-sport event in Jakarta later this year, including other popular games like Pro Evolution Soccer, League of Legends, Hearthstone, Starcraft II and Clash Royale.

Arena of Valor is a multiplayer online battle arena, a video game subgenre that gained popularity due to the industry’s growing esports scene. Since its launch in China in 2015, the game has experienced immense growth and now has more than 200 million monthly active players, making it one of the most popular mobile games in the world.

It has been the highest grossing smartphone game in China’s iOS top grossing chart with healthy metrics, double-digit growth in DAUs and strong growth in revenues on year-on-year basis. Tencent Games is also looking to conduct local esports tournaments for Arena of Valor in India.

45 nations will participate in the regional qualifiers of the esports category in total, out of which eight teams will be selected for the main rounds to be played in late August. Esports which has been confirmed as a full medal event from the 2022 Hangzhou Asian Games. Each participating country’s National Olympic Committee (NOC) will have the authority to pick their esports roster for the meet.

According to a recent report by Morgan Stanley eSports: Game On eSports is on track to be a $1.5 billion industry by 2020 as it emulates the business models of major league sports, complete with sponsorships, advertising, media rights, ticket sales and merchandise.

Excluding game publisher revenues, the category is on track to increase about 32 per cent a year over the next couple of years, reaching $1.5 billion by 2020 according to a NewZoo ‘2018 Global Esports Market Report’. The global esports audience will reach 380 million this year, made up of 165 million Esports Enthusiasts and 215 million Occasional Viewers. 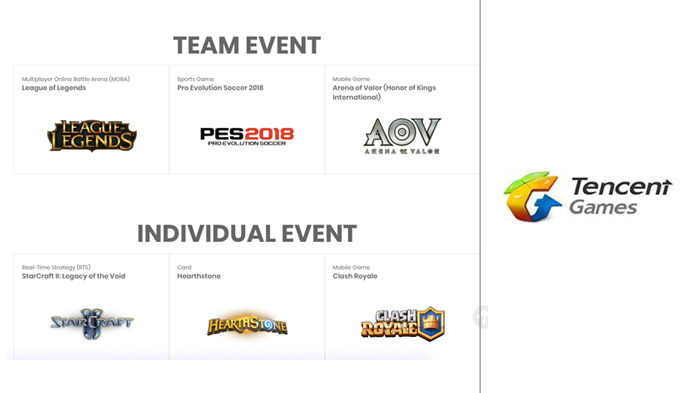