Red Bull India hosted the National Finals of Red Bull Campus Clutch – the global VALORANT university tournament on 29 May 2021. Team 7 Sins and Team Villainous faced off into the final by winning their semi-final matches against QQQ and Nasha Esports. Team Villainous were eventually crowned the Red Bull Campus Clutch champions as they managed a convincing victory (13-5) in the finals against team 7 Sins.

The National Finals was broadcasted from the Sky Esports Studio in eight regional languages including Hindi, English, Punjabi, Bengali, Malayalam, Tamil, Telugu and Kannada. Big names in Gaming like Mortal, Dynamo, Xyaa, Two Side Gamers and K18 featured in the stream and supported the fundraising initiative in association with GiveIndia and Hemkunt Foundation for Covid Relief across the country. Red Bull India Athletes Ankit Panth (one of India’s most popular gaming athletes) and Riyan Parag (one of India’s most promising cricket sensations) also featured and interacted in the stream with players also joined by a female magician/illusionist, Suhani Shah who conducted a mentalism session with them during the stream. 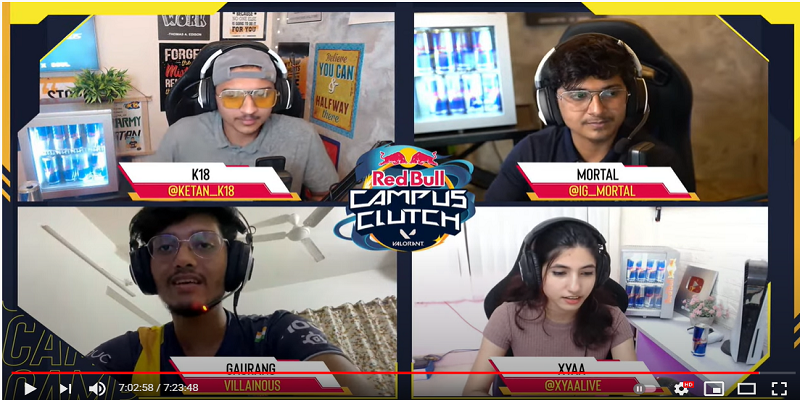 Ankit ‘V3nom’ Panth, Piyush ‘Spero’ Bathla, Ketan ‘K18’ Patel and Devdeep ‘Soul Zeref’ Dhar hosted a unique gaming stream on 22 May 2021 for Red Bull Campus Clutch in partnership with GiveIndia and Hemkunt Foundation to raise funds for Covid Relief across the country. This five-hour stream included Red Bull Athlete Ankit ‘V3nom’ Panth addressing the eight finalist teams of the national championship of Red Bull Campus Clutch after qualifying through the round of 16 on 15 May.

Red Bull Campus Clutch in Partnership with Give India and Hemkunt Foundation raised funds more than three lakh rupees For Covid Relief across the country with broad causes including oxygen and critical medical supply, isolation and treatment centres, immediate cash relief to underprivileged families who lost a loved one due to Covid and food/ration for the poor.

Team Villainous member Gaurang and Red Bull Campus Clutch 2021 winner said, “We are absolutely delighted with our performance at the National Finals of Red Bull Campus Clutch. There are exciting times ahead of us especially as we prepare ahead of the World Final, where we will be getting global recognition from the top teams across the world. We would like to thank Red Bull for supporting the growth of esports in our country and providing us with such opportunities to hone our skills and compete at the highest levels with tournaments like Red Bull Campus Clutch.”

Red Bull athlete and one of India’s top gaming athlete Ankit Panth said, “I think Red Bull Campus Clutch is a great initiative because I remember during our college days we did not have such a platform to play at a competitive level. Red Bull Campus Clutch has been great as it provides university students to show their mettle at the national level. I believe this event could be a landmark event especially for the younger generations who are into esports and gaming because it is the first step for them to enter into a competitive environment. Kudos to Red Bull for supporting such initiatives and encouraging young and aspiring gamers at the grassroots level.” 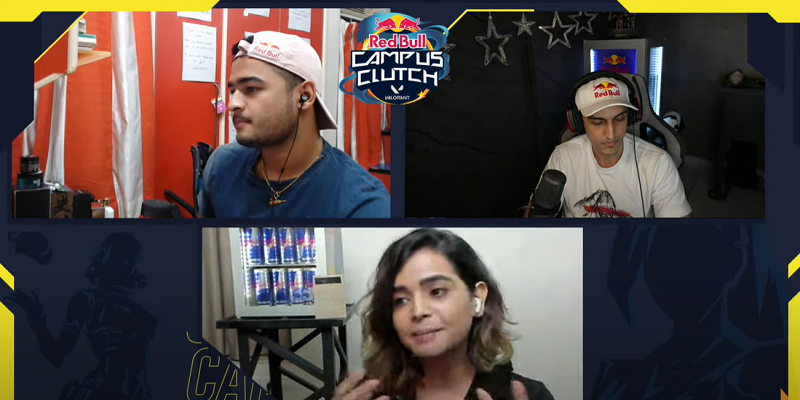 Red Bull Campus Clutch offers a level playing field and a starting point for any up-and-coming VALORANT teams to be recognised on an international circuit. Teams from more than 50 countries have the opportunity to compete against players from all over the world, hone their skills, and understand what it takes to compete professionally.

As the esports industry continues to thrive, university esports ensures the ecosystem remains sustainable and provides a much-needed path for new talent. Red Bull Campus Clutch is an event that aims to take university esports to the next level by creating a global structure, inviting students to not only represent their campus, but their country, and pave the way for the next generation of esports pro players.