Amidst the negative reviews and an online petition against Rotten Tomatoes to shut it down for its unjust ratings, the super villain team-up finally hit the Indian soil and I beg to differ with other reviewers. The hype and excitement that Warner Bros. and DC Entertainment managed to build over the badass movie Suicide Squad has been delivered beautifully and not a single second was not worth your time.

Post the negative reviews DC received for Zack Synder’s Batman v Superman, DC managed to start its fans trust again with their trailer showcase at Comic-Con, and Suicide Squad comes as a hero to rescue a sinking ship. And the credit goes to David Ayer and the star studded cast and their brilliant performance.

By now we all know the plot quite well. Amanda Waller (Viola Davis), a US intelligence officer decides to assemble a team of dangerous, incarcerated supervillains for a top-secret mission. Now armed with government weapons, Deadshot (Will Smith), Harley Quinn (Margot Robbie), Captain Boomerang (Jai Courtney), Killer Croc (Adewale Akinnuoye-Agbaje), El Diablo (Jay Hernandez) and Slipknot (Adam Beach) must learn to work together. Dubbed Task Force X, the criminals unite to battle a mysterious and powerful entity, while the diabolical Joker (Jared Leto) launches an evil agenda of his own. 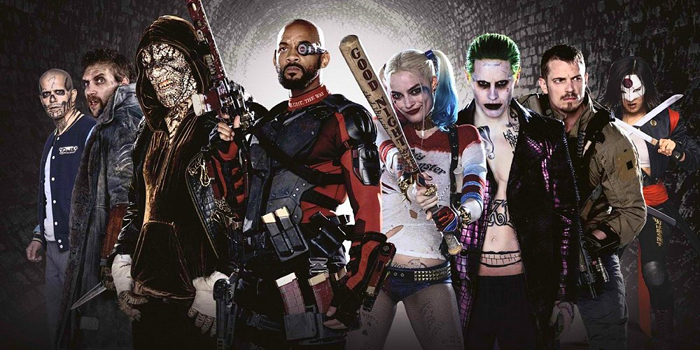 The movie is fast paced, gripping, action heavy and has the touch of humour. As for what’s this Task Force X up against, Enchantress (Cara Delevingne) serves as the enemy, the mystical entity who in the words of Deadshot can be defeated only by a miracle. Amanda as a character can be compared to what Nick Fury is in the Marvel universe; the only difference is she’s more manipulative (has to be as she deals with the bad guys). Coming across a stern, zero bullshit tolerant, devious lady who can take care of herself, Davis has delivered the role adeptly.

Margot Robbie, Will Smith, Jay Hernandez managed to steal the show with their stellar performance and attitude throughout the whole movie. I doubt anyone else could have pulled Harley Quinn’s role as crazily as Robbie has managed to. Throughout the film she manages to win the heart of audience with her weird dialogues, insane actions and portraying the emotional turbulence going inside her. Though El Diablo seemed liked an unwanted character in the beginning of the film, Hernandez manages to give the hidden depth which the character required, leaving us astounded. While talking about the performances, how can we forget Joel Kinnaman as Col. Rick Flag. Though working under Amanda Waller, difference in opinions can be seen surfacing and Rick Flag can be seen the one taking care of the ‘Suicide Squad’.

Backstories of few characters were told in the form of flashbacks, however we were left questioning about how El Diablo actually got his power and transformed into one of the mystic beings, what could Killer Croc exactly do and Slipknot seemed unwanted. Katana’s (Karen Fukuhara) character seemed to be a bit underplayed and Killer Croc could have got more of an exposure. In the screen time received, Jared Leto manages to woo us with his warped, psychopathic behaviour who just wants to rescue Harley who’s madly in love with him. 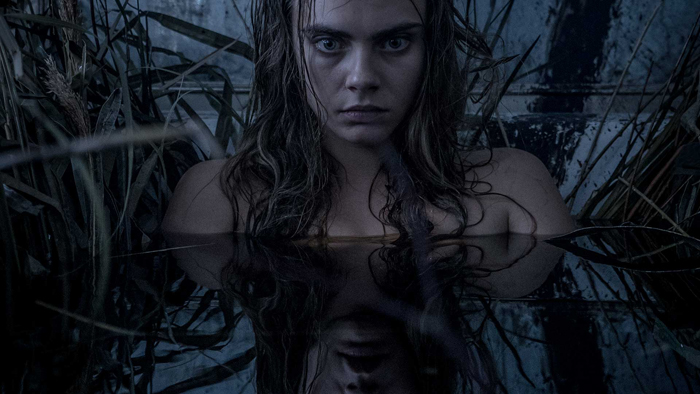 Cara Delevingne on the other can be called a complete disaster as she miserably executes not just her dialogues but also her character Enchantress. And the only thing good about her was the visual effects which managed to aid her character. The biggest letdown is the villain and the motive itself. How much ever I tried, I could not stop myself from comparing the whole scene with X-Men: Apocalypse. Overall though the Suicide Squad were a hit, the film had its weak points which couldn’t be neglected; Harley Quinn’s fight with two of those instant army guys in the lift out of which only one’s body can be seen, the sudden cuts between the flashbacks, fast paving scenes leading to rough edits and lack of meticulous details of the scene and characters, and the highlight would be the final war scene which didn’t seem less than a typical Bollywood action flick.

Jerome Chen, the production VFX supervisor along with the team of MPC, Sony Pictures Imageworks, Mammal Studios and Ollin VFX, has managed to deliver some breathtaking visuals on Suicide Squad. Enchantress’ depiction, the way she switches places, El Diablo’s fire sequences, his turning into the fire-god (or something who speaks the language of Enchantress) were some of the highlights of the VFX carried in the movie.

Throughout the movie, the music score plays an important part and has been incorporated seamlessly making one grove to its tunes. The super villain, badass team will make you fall in love with the nefarious characters and by the end of the movie, you will be kept wanting for more of Joker and a standalone Harley Quinn movie. And yes (spoiler alert), watch out for The Flash making a cameo in the movie.

Verdict: Written and directed by David Ayer, Suicide Squad though has few loopholes here and there, overall the plot and storyline is gripping. The movie is good to watch atleast once in the theatres, however not necessarily on an IMAX.