Sony has unveiled the controller for PlayStation 5: the DualSense, which marks the biggest departure for Sony’s controller design in its over 25-year history of PlayStation consoles.

SIE president and CEO Jim Ryan, to the community, shared in an official blog that  “DualSense marks a radical departure from our previous controller offerings and captures just how strongly we feel about making a generational leap with PS5. The new controller, along with the many innovative features in PS5, will be transformative for games – continuing our mission at PlayStation to push the boundaries of play, now and in the future. To the PlayStation community, I truly want to thank you for sharing this exciting journey with us as we head toward PS5’s launch in Holiday 2020. We look forward to sharing more information about PS5, including the console design, in the coming months.” 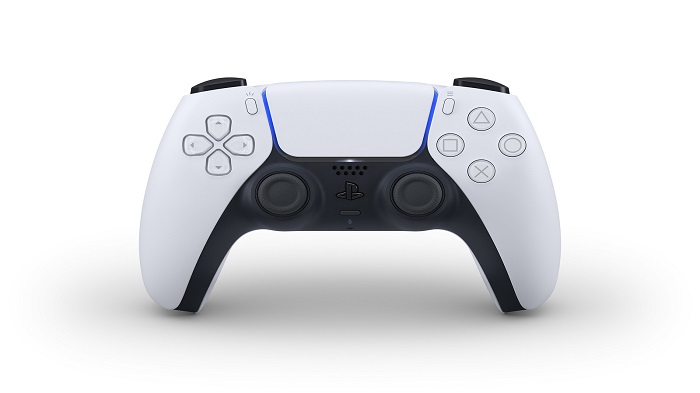 The new controller has some big changes on the inside too: the previously announced haptic feedback (replacing the old rumble technology in previous controllers) and the new “adaptive triggers” that can adjust the resistance of the triggers for different gameplay effects. There’s also an integrated microphone, a first for Sony’s controllers, along with a (long-overdue) USB-C port. And of course, there’s the new two-tone color scheme (similar in style to the PSVR) and an overhauled design that gives a more rounded shape to the grips and face buttons.

From the front, the controller truly looks nothing like the PS4 or even the PS3 controller. However, when closely observed, few things here and there have been included for easing the migration of players from PS4 to the PS5 including the symmetrical layout of thumbsticks, the clicky touchpad  and so on.  Sony has put two LED light lines on the front, next to the trackpad which will help for better gaming experience and aesthetically looks more appealing. The grips on the PS4 have been changed a bit too and it comes with a built-in mic. Also it has USB-C port for charging and syncing the controller with the console