RummyCircle is live with the 10th Annual Diwali Rummy Tournament. The total prize pool is Rs 40 million this year, first prize being Rs 10 million. Hence, rummy players from all over the country are competing to win the grand prize. 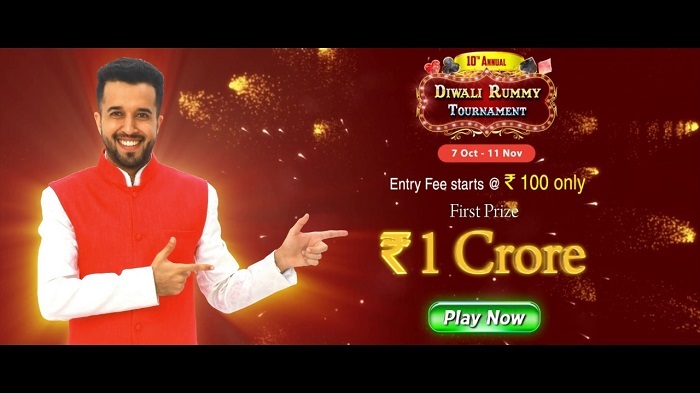 Play Games24x7 co-CEO and co-founder Bhavin Pandya, commented on the occasion, “Rummy has always been rooted in our culture and during Diwali, it is auspicious to play this game. Every year we host the DRT and the response has been overwhelming year on year. DRT has not only proven to be popular but also the most anticipated tournament each year.”

The five-week long schedule of qualifier games began already, with the grand finale on 11 November. This tournament is set to record the highest number of participants bringing the nation’s best rummy players on one common platform.

The qualifiers will run each day of the DRT from 7 to 11 November 2018, giving players ample opportunities to reserve their seat for the weekly finale. Each weekly finale will give away 200 tickets to the grand finale spread over the five weeks.

Play Games24x7 CMO Sachin Uppal shared, “We started this tradition of celebrating the festival of lights with the DRT 10 years back, and we are really proud to see the massive growth in the participation whilst keeping the tradition alive. We want to thank our millions of rummy players across India to make this the biggest DRT ever.”

The top 1,000 rummy players from across the country will battle it out for the DRT championship which is the most anticipated championship of the year.