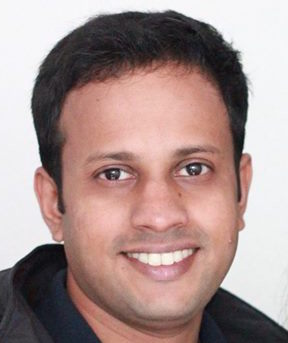 JetSynthesys gears up for the launch of the game Sachin Saga Cricket Champions, based on the legendary cricketer’s career that starts from the age of 16 till his last matches. PlayIzzOn is the gaming development and publishing company under JetSynthesys has exclusive global gaming rights of Sachin Tendulkar (Sachin Saga Cricket Champions) and Salman Khan (Being Salman, the official game) alongwith a number of other Bollywood and Hollywood stars.

It is also into publishing side where it works with local companies in India and abroad, especially the western markets. Animation Xpress had a chat with vice president product and marketing JetSynthesys Private Limited, Roopak Nair who spoke about celebrity games, Jetsynthesys and the gaming industry.

What is the reason behind developing celebrity games?

People find it difficult to locate the game because every week, 20 new games feature on the app store within a week’s release of a game. So, when you have 1000 games coming in a year, how many games can you really spend time on? Having a celebrity associated with a game helps in recall value.

Do celebrity games also have a shelf-life?

For the initial two months, the celebrity factor will play its part in keeping the players hooked to the game. Post that, it is the social elements inside it.

Do you help other gaming bodies publish games?

We help them monetise and market themselves. Basically, we are into all aspects of publishing which could be engaging players in terms of community management, post launch etc. It’s all done by the division under us called JetPlay.

We also have a division primarily focusing on India-based celebrity games targeting solely the Indian market. Furthermore, we have a partnership with a company based in US called Hitcents and that actual entity is called Hero Entertainment, a joint venture of Hitcents with Jetsynthesis.

Do you invest in other companies?

We also have a division where we also do investments in companies at a majority stake. One is Nodwin, which is an e-sports division, and they work with all the brands, they run e-sports; Nova Play is our PC gaming division. Here we cater to everyone who plays on Steam, and that is around 10 million according to statistics.

Is the focus more on mobile gaming?

The players are quite into mobile gaming. There are millions of downloads on Google Play every month. It is going to multiply several number of times.

What are your plans after ‘Sachin Saga Champions’?

We have about four titles in development, one of which is also a celebrity title. Two others are non-IP based. We are also planning to have a casual game which would be non-IP and that’s for global audience. We also have a real-time multiplayer games in pipeline.

Are you planning to make ‘Sachin Saga Champions’ a multiplayer game?

It’s already going to happen. For example, if today you’re competing against somebody in the US or UK, tomorrow you would do that on a leaderboard.

Where was the game developed and where was the motion capture done? Do you have footages of Sachin while making the motion-capture?

The game was developed inhouse in our Pune studio and the motion capture was done by us. We will release the official footages soon.

Are there other cricketers who have been motion captured as well alongwith Sachin?

Have you mentioned the historical details of the games too?

Yes we have done so. When you start the game, a screen appears upon which one can see the facts about what happened with Sachin in that match and what was India’s score in it. There’s a lot of emotional value to Sachin himself, as well as to other players. What is important to watch here is the way he strikes the ball. We have paid attention to the small nuances which are super realistic.

How much time it took to develop the game?

It’s been more than a year. The work that went behind it, such as capturing frames, innovating on the graphics, bringing a real world motion capture into a mobile device, it all took a lot of time to get them done perfectly.

On what platforms can the game be played?

It’s an android-based game so it can be played on all android devices, especially the mobile phones. However, it would be available on iOS platforms as well. And soon, we will be getting the PC version of it too. Unity was the software used for the same.

Tell us about the journey to start the game ‘Sachin Saga’.

The journey to develop this started about a year ago. For the weekend of the launch, we are giving a big discount. The game was tested with 10,000 players. We had more than 25,000 people writing to us but tested it with just 10,000 because 25,000 is a huge number.

When are you launching the game? What’s the timeline for the game?

What’s the age group between which the game became most popular?

According to Google reports, the game was popular between people of the age group 18-24 in India.

There are more number of guys playing games like Counter Strike or Dota 2, while girls play more of Candy Crush?

The competitive spirit in women is as much as it is in men. It’s just that the console gaming revolves around either shooting, car racing, or action, some of the key genres of the games of the past. These are the genres that normally cater to male audience and there are more number of games catering to them than the women.

Why are games catering to women aren’t being made?

Candy Crush is a good example of one such game catering to the women audience. I’m sure we’ll have more female-centric games in the future. We also work with celebrities like Priyanka Chopra, so we’re sure to come up with more games catering to the audience.

How big is the gaming market in India right now?

It is the no.1 market in the world in terms of downloads. It has surpassed US recently and the same was announced on Google Play this year. In the last few months, there have also been talks about taking it 3x times further.

But isn’t India lagging behind when it comes to developing original gaming IPs?

India is maturing as a game development eco-system. The game development began 30 years ago, but in India, it happened barely a decade ago, because not many gaming companies existed back then.

There are cases where people unable to start IPs due to lack of funds. Your take?

It is a challenge faced in every creative industry. If someone tries to make a game or a movie with a creative pursuit, the risk involved is very high. As a game developing company, if you have the right tools and the right engine, it might make sense for some of the publishers to begin work with.

Do you have an in-house team to look after the ideas being pitched?

We evaluate it from a gameplay stand-point, depth of the idea, passion of the team, and look if they what it takes to sustain for multiple years.

Do you envision a game running for a year or two and then come up with a new one?

When you make a game, we actually think of the systems that we have to put into the game. We think about the real-world systems that we can incorporate into the game, in its design. Doing these things post launch is very difficult. You design a game which lasts for years, at least one year. But when you launch, you might launch with just a part of it. Every month you roll out a new version.

Were you a gamer yourself?

I was always gaming on my own. It was my passion. I was into PC gaming; I used to play Commandos, FIFA 98 etc. during my engineering graduate days. Then I got into IT companies; I worked for Mindtree, Microsoft and then IBM. But then I got a chance to work in Reliance games.