Baua’s inner-mental choreographies are brought alive in the Freudian dream sequence that depicts him posturing as a Hollywood-style hero rescuing a lone woman from the thuggery of his own father. In contrast to the vertically-challenged wayward dwarf that he is, his dream projects him as a French-speaking quintessential hero who is no stranger to fisty cuffs. 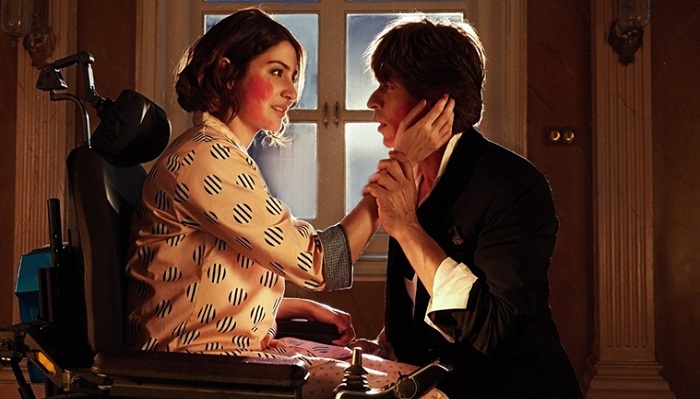 While he often gets whipped by his father for cocky shenanigans, he also gets bawled out as a side-performing runt by others, denying him the respect he fiercely seeks for himself. Struggling through several humiliations, Baua endeavours to be vindicated in his many talents, most peculiar of which, is his ability to swipe off stars from the sky with his fingers. With adorable dance performances, newly-bought suit and couplets, he successfully courts the wheelchair-bound space scientist named Aafia Yusufzai Bhinder played by Anushka Sharma. Above all, it’s the refreshing absence of formal politeness and pity for the space scientist who is otherwise used to deference, that wins her over despite the lampooning rejection of Baua’s initial wooing efforts. Anushka Sharma leaves no stones unturned in portraying the character through perfected speech-patterns and tremors that accurately characterise a cerebral palsy-stricken space scientist. The second half of the movie drags at some places yet manages to maintain the spell with its stunning VFX-heavy spectacles. Shahrukh Khan, being the master of his craft, is absolutely convincing as a dwarf. While VFX gives glaring verisimilitude in making SRK look like an actual dwarf who could be playmates with Tyrion Lannister, both in spirit and looks, in most sequences, he looks more like a dapper shrunken-khan in some scenes. With the aid of forced perspective and CG tracking, the impressive VFX work has undoubtedly set a benchmark in the Indian film industry. When it comes to the small-town milieu, Anand L Rai has no match. He deftly regales with clever metaphors and the overall heartwarming vibe whilst the dwarf’s one-liners elicit instant chuckles. My favourite pick- ab kya haldi laga laga ke ek aur inch chota kardoge. Unable to countenance that he could ever be just reducible to a circus-performing dwarf, Bua sets out to impress the heart-throb Babita Kumari played by Katrina Kaif, with his dancing streak. He eventually manages to befriend her which is when he discovers the forlorn and scarred humanity that lay underneath the garb of the scintillating stardom. To redeem himself and win back the first love that he initially deserted, Baua rigorously proves his mettle by qualifying for mankind’s unprecedented space mission to Mars. VFX of the movie The VFX of the movie depicts the spellbinding work of Shahrukh Khan’s own production house, redchillies.vfx where Shahrukh’s body muscles are shrunken into the size of a dwarf with the use of CG trackers pasted on the body of the actor while shooting the movie.  This must have taken a lot of effort as the CG team creates the transition from a matte image to a 3D image of the actor.

The movie has a lot of awe-inspiring VFX heavy sequences which will leave one spellbound for example the romantic song sequence of Mera Naam tu with the alluring splash of colours and rain that makes for a magnificent spectacle.  Apart from that, the free fly of Khan and Sharma in the zero gravity environments at NSAR is equally dazzling. 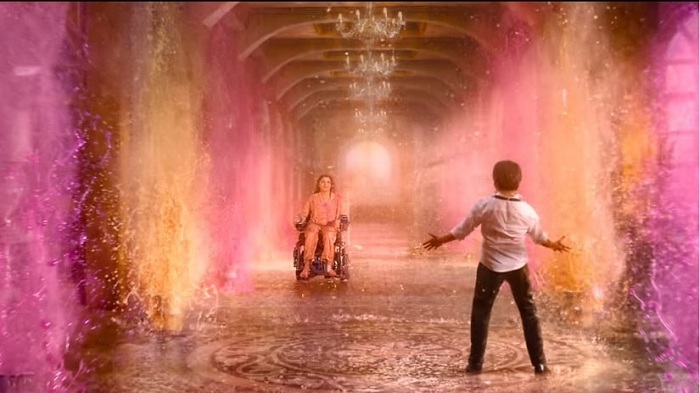 The movie adds a fresh touch on-screen with its superlative colour grading, high-end VFX, CG work, emotional touch and of course the happy ending. Overall, the movie makes for an alluring experience . And, SRK has all the heart for playing Baua!