“We are glad that Platanista Games has helped us launch Tambola on the MPL app. With free Tambola, we want to give our users a fun activity that they can enjoy with their family and friends. By launching yet another much-loved game on MPL, we are committed to being a one-stop-shop gaming platform for all gaming enthusiasts,” said Mobile Premier League co-founder Shubh Malhotra. 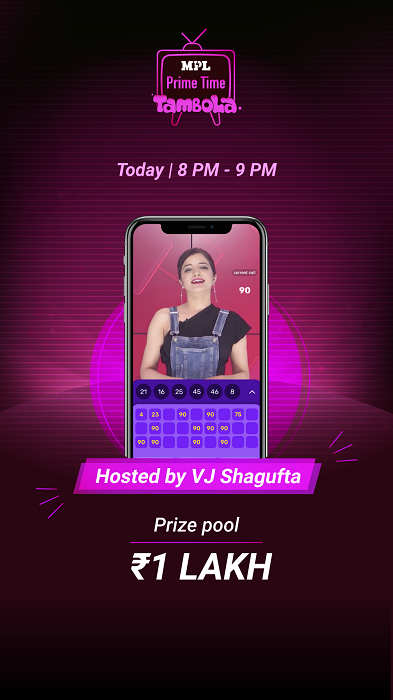 Users can play live Tambola on the MPL app for free every Thursday and Saturday at 8 pm. The game is hosted by an anchor, offering players an engaging experience, which blends gamification with interaction. Thousands of players can participate in the game at a time.

Commenting on the collaboration with MPL, IN10 Media Network vice president – corporate strategy and development Mansi Darbar said, “For years, Tambola, also known as Bingo or Housie has been one of the most-played casual games and enjoyed by people across age-groups. It is also one of the few versatile games that can be easily adapted to suit different platforms and formats. We are thrilled to have the opportunity to design a digital version of Tambola for MPL and offer this classic game to its wide base of players. This collaboration also amplifies our efforts in delivering fun experiences to gaming fans in the country.”

MPL currently offers over 40 games on its platform across categories like esports and casual games, as well as fantasy sports. Some of the popular titles on MPL include FreeFire, World Cricket Championship, Cricket Clash, Rogue Heist, and more. Currently, MPL has over 40 million registered use.