Philm CGI announced the premier of its International co-production with Dargaud Media and Ellipsanime Productions, titled Badgers & Foxes at MIPCOM 2018.

Adapted from the series of comics Mr. Blaireau and Madame Renarde, The Blaireau-Renard Family (Badgers & Foxes) is a children-themed series based on the theme of step family coming together, a subject approached with delicacy and humor. 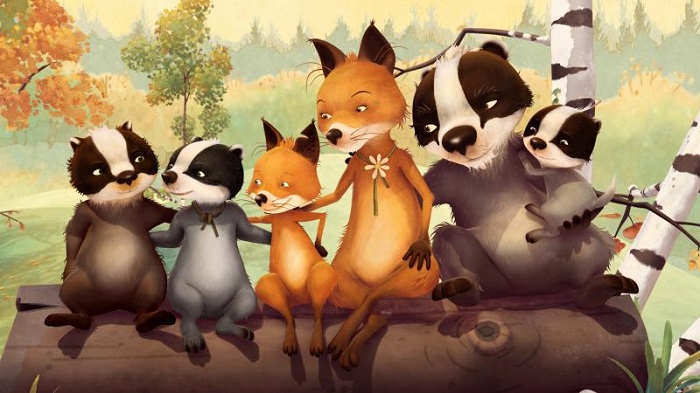 This series is unique in its overall look as it’s a blend of 2D and 3D which helps mimic the hard comic book style. A team of over 70 artists have worked meticulously for more than a years on this series bringing it to life from development to screen.

Badgers & Foxes is targeted towards kids above four years of age and leaves plenty of room for family relationships, imagination and adventure.

The synopsis of the series:

Have you ever seen, during your walks in the forest, foxes living with badgers?

However, when their burrow is destroyed, the foxes have little scruples about going to settle in the burrow of another animal. This is what happens to the placid and homebody Mr Badger (Edmund), this home-loving widower lived with his twin boys and his little girl under a big chestnut tree, when, one fine morning, Marguerite, a superb and fiery vixen, accompanied by her daughter comes to take refuge at his place. Love helping, a new family was born: the family Blaireau-Renard. But the everyday is something else… The adventure can to start.

Philm CGI’s previous International co-production Marnie’s World was well received by the audience at Annecy 2018 Festival. The team is currently working on more International feature films and tele-series, along with working on their own intellectual properties for the global market.