Bigben has announced that Paranoia: Happiness is Mandatory, an adaptation of the cult role-playing game of the 80s, is currently being developed by Black Shamrock’s teams, and will, therefore, join Bigben’s extensive catalogue of games.

“With Paranoia: Happiness is Mandatory, we wanted to bring together video games and role-playing games, two universes that are vastly different yet complement each other perfectly. Players will learn more about the universe while role-players will discover, controller in hand, the playful aspect of the adaptation. We’re thrilled to be able to adapt this unique and crazy universe as a video game!” declared Bigben head of publishing Benoît Clerc.

Created in 1984 by Greg Costikyan, Dan Gelber, and Eric Goldberg, Paranoia was inspired by the works of Kafka, Orwell, and Huxley. It tackles the idea of a population controlled by technology, a subject which is central to our current day society.

Such was its success that several re-releases were produced, turning the game into a veritable touchstone for role-playing gamers of all ages. And its fame hasn’t diminished any in recent years: recent crowd-funding campaigns have made it possible to successfully release a French re-release of the game called Paranoïa: l’édition post-post-post Moderne.

“As fans of Paranoia’s very original, complex, and sardonic universe, we’re proud to be able to contribute to its adaptation alongside Bigben and thus offer a unique experience to lovers of video game and tabletop role-playing games,” proclaimed  Black Shamrock’s managing director Olivier Masclef.

Paranoia: Happiness is Mandatory plunges players into an oppressive universe where the computer, an artificial intelligence, controls and watches over Alpha Complex, a human city where an inhabitant’s social standing is determined by colour-coded security clearances. In this mad universe, the player will learn through off-the-wall dialogues that happiness is mandatory, that anyone can turn out to be a traitor, and asking too many questions is treason against the computer. 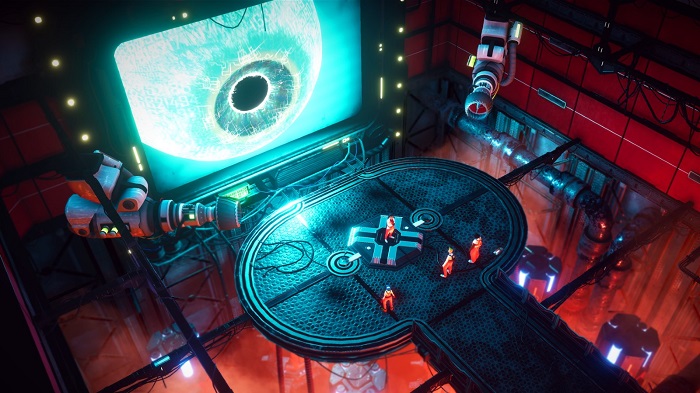 “Stay alert! Trust no one! Keep your laser handy!’ Those catchphrases announced a game that surprised and delighted tabletop role-players, by gleefully subverting the play style  and other very serious games — and introduced dark humour that married the tone of Monty Python with Quentin Tarantino films and humour aimed at adults to the genre. Now Paranoia is set to spend your RPG expectations in a computer game that’s more fun than you can stand,” said Eric Goldberg, co-designer of Paranoïa.

Paranoia: Happiness is Mandatory is faithful to its pen and paper progenitor. The player, leading a squad of four Troubleshooters, is tasked with tracking down traitors. Serving the computer can be very risky, but it lets the most tenacious Troubleshooters rise quickly through the hierarchy. And since death is waiting for the player just around each corner, they have access to five clones which allows them to develop their character in order to accomplish their goals and unmask their enemies.