Maya Academy of Advanced Cinematics (MAAC) hosted the 14th edition of the 24 FPS Awards 2016 on 15 December, 2016 at Sahara Hotel in Mumbai.

Through a journey of 13 years, this event has gradually grown in popularity and gained significant support from the global animation fraternity and has provided a robust platform for animation talent in the country.

The occasion was graced by a number of special guests from the media and entertainment industry which included stalwarts of animation and VFX industry. Also present on the occasion were short film directors and former Miss India Pooja Chopra.

Some notable performers were lauded for their exemplary contribution to contemporary cinema under the ‘Movers and Shakers’ category. Nagraj Manjule, Indian filmmaker and screenwriter of Sairat fame along with Mohammed Zeeshan Ayyub of Tanu Weds Manu-2 and Raees fame won the accolades this year. The 14th edition of 24 FPS also witnessed one of the highest participation with 57 films in the mainstream category, 100 entries in the Digital Film Making (DFM) category and all time high of 1500 entries in the individual skill set category. 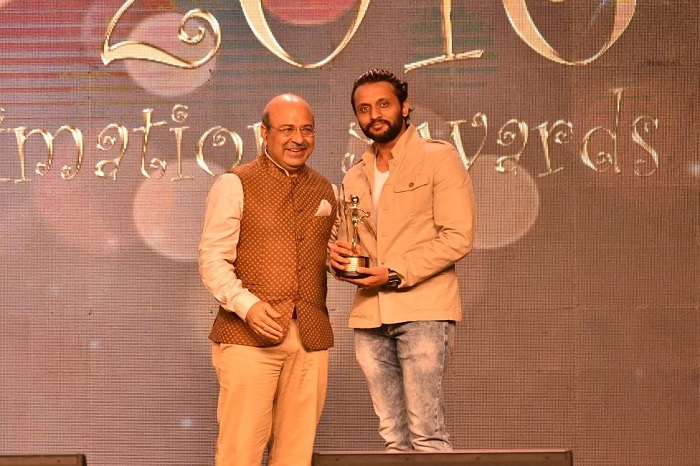 MAAC, business head, Ram Warrier, “With an overwhelming student and industry participation, this year has been rather sensational for 24 FPS, providing a grand platform for aspiring artists to showcase their talent and earn their share of recognition across the globe.”

In the ‘Visual Effects Feature Film 2016’ external category, the following films were nominated :

NY VFXWAALA took home the bragging rights in this category, as they won the award for their outstanding VFX contribution in Ajay Devgn’s Shivaay.

Pencillati Studios’ The Bloop Troop bagged the prize for the Best Animated Short Film (2D/3D) under the Studio Professional Category.

Nagraj Manjule, whose film Sairat became the first Marathi Cinema to cross Rs 100 crore business was honoured for his indelible contribution to Indian cinema. With critical acclaim being one of the parameters in adjudging performances, the award for consistent performance was clinched by Mohammed Zeeshan Ayyub for his performance in movies like Tanu Weds Manu-2, Raanjhanaa & many more. Ayyub is currently doing a character role on Raees where Shah Rukh Khan plays the lead role.

And the Award for Outstanding Contribution to Animation Industry was conferred to Toonz Media Group.

For her contribution to the Indian Animation Industry and her outstanding film Goopi Gawaiya Bagha Bajaiya, Shilpa Ranade, animation film director and professor, IDC at IIT Mumbai was honoured with an Award for Excellence in Animation.