Latest News
NetherRealm Studios has revealed the Mortal Kombat 11: Aftermath DLC, which will drop on 26 May for PlayStation 4, Xbox One, PC, Nintendo Switch and Google Stadia. In addition to the content offered in the paid expansion there will also be a free update for all players that will add new stages, stage fatalities, and most importantly, friendships.The story for the DLC has Liu Kang, the new keeper of time and protector of Earthrealm, enlisting the help of unlikely allies and familiar foes to forge a new history as the fate of two worlds hang in the balance. In addition, the roster of fighters is expanding to include the return of Fujin, the God of Wind who serves as Earthrealm’s protector alongside his brother Raiden, and Sheeva, the four-armed, half-human and half-dragon queen of the ancient Shokan race. And yes, in keeping with the who’s who of guest appearances in the game, RoboCop, featuring the voice and likeness of actor Peter Weller, is joining the fray. Mortal Kombat 11: Aftermath will also include three new character skin packs to be released over time. 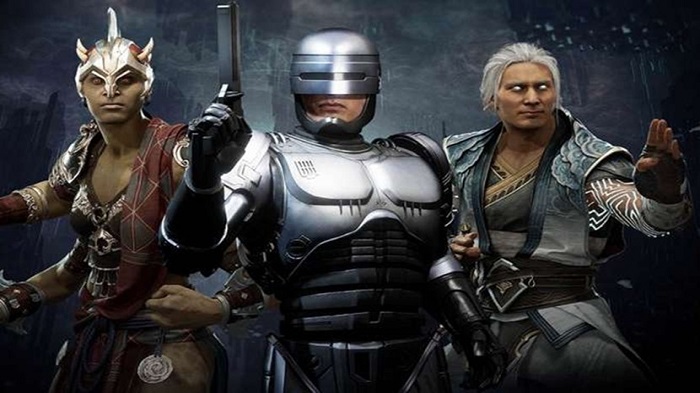 Additionally, all Mortal Kombat 11 owners will have access to new Stages, including the return of the Klassic Dead Pool and Soul Chamber arenas, accompanied by Stage Fatalities, and yes, even Friendships make their return! These features will be available as a free content update in conjunction with the Mortal Kombat 11: Aftermath release.

There are three options when it comes to pre-ordering or purchasing Mortal Kombat 11: Aftermath when it’s released on 26May. For those who own MK11 and the first Kombat Pack already, there’s a $39.99 upgrade pass that gets you all of the new content in Aftermath: both the story DLC and the Kombat Pack two characters.

If you have MK11, but not the first Kombat Pack, there’s a bundle containing Aftermath and Kombat Pack 1 that costs $49.99.

And finally, if you’re completely new to MK11 and want everything, there’s the Aftermath Kollection, which contains vanilla MK11, Kombat Pack one , and the Aftermath expansion, all for the cost of $59.99. Physical versions will be available in June (for the Americas only).