Recently launched Ad Astra, a paranoid thriller in space that follows Roy McBride (Brad Pitt) on a mission across an unforgiving solar system to uncover the truth about his missing father and his doomed expedition that now, 30 years later, threatens the universe. In the vision of director James Gray, MPC’s VFX Supervisors Guillaume Rocheron, Chris Downs and Simon Jones created a visual style leaning towards realism over fantasy. MPC Film was the lead studio on Ad Astra, has delivered 198 shots with MPC Vancouver, London and Bangalore working on the project. 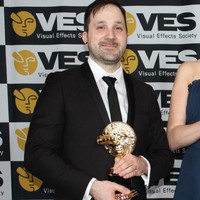 In conversation with Animationxpress MPC compositing supervisor Eric Andrusyszyn, shared that he was involved with the film roughly around a year and they have earlier worked with overall VFX supervisor Allen Maris. Initially when the team was told about the project the team has gone through a lot of research for creating the VFX work in the movie scientifically accurate. The brightness and exposure levels between stars and surrounding assets, the defining look of materials and even how the assets were built, were all considered when following Gray’s overall vision for the look and feel of the film. A lot of attention was put into the small details including light exposure, the exposure of the image depended on the distance from the Sun over the length of Roy’s journey throughout space. Here is the excerpt which will share deeper insights on the movie VFX:

How did you approach the work when you were first told about it? A lot of research was involved. The CG departments looked into how metals corrode in space, re-entry methods, how atmospheric wear and tear affects ships on take-off and landing. It was an area that we didn’t have much knowledge — the more we knew, the more we could apply. For compositing, I spent a lot of my initial hours studying a variety of space photography. NASA’s online image database was a huge resource for me personally. This especially included the various images of moonwalks where I spent time studying specular details and how light reacts to the lens of a camera in that type of environment.

Could you share a little about what the unique VFX techniques and were used on the work in the movie? From a compositing standpoint, one unique aspect was that we found an online database of thirty to forty thousand of the closest stars to Earth and were able to use them in Nuke. This included being able to use a shot camera to accurately add drift to the starfield.  Will you enlighten us about the creation of the space environment(s)? We blocked things out initially, but the detail required eventually became very paint heavy. The environment artists did a great job of creating incredibly detailed matte paintings to add all the details the client was looking for.

What are the things that the studio kept in mind while finalising the VFX? The specific style required James and Allen were very focused on a specific look. Extra care was taken on specular highlights in a lot of shots to achieve realism. How did MPC create the launch base on Earth, the city on the Moon, Mars, the rings for Neptune and Cepheus for the movie? The client had a specific style and design in mind that we worked diligently to maintain. The idea for all technology in the movie was to feel very tangible and connected, not only to real-life but to also have a connection to modern times. The idea was to make the viewer believe that what they were seeing could exist.

Could you share how you created the space station Roy for the movie? We have on set pictures of Roy in the suit; we carefully modelled and textured everything to match to the smallest hairs, to make sure any digi-double takeovers would look as seamless as possible. What was the biggest challenge in creating the sci-fi movie? Possibly the biggest challenge that MPC faced was based around the Neptune sequence and the generation of its rings. The challenge of creating and keeping the details both in Neptune and its surrounding rings, to portraying the vastness and isolation of space was both difficult and fun.

How many blue screens and green screens are there in the movie? Though a lot of shots we worked on includes shot plates, they did not involve blue or green screens in the traditional sense. In order to maintain accuracy, the client was diligent in shooting the plates designed for their specific lighting situations. For example, the plates of Roy (Brad Pitt) outside of the Lima station orbiting Neptune were shot against black, with a single light to simulate the light from the Sun. This allowed us to blend more seamlessly with the space-based environments. Roto was largely relied upon since chroma keying was not an option.  Were there any practical effects used in the movie? Can you describe those shots? Very few shots made use of digi-doubles, the majority of the film is Brad Pitt on wires, shot very successfully as well as using location-based plates to help blend with the various environments. On top of that, practically shot effects such as, but not limited to, blowing dust and fire were used to add a sense of realism where possible.

What were the pressure points for the team when creating the movie? The detail required the scale of all the environments were huge, and to pull off the huge scale usually requires the eye to see the tiniest details to be believable. How many team members of your VFX studios were involved in the making of the movie? The compositing team in Vancouver consisted of around 15-20 artists, but I am uncertain of the exact number of the total crew. Would you like to share any special VFX heavy sequence from the movie with us? Roy’s travel through the Neptune rings involved creating the vast rock field for thousands of kilometers. The scale of the rings being thousands of kilometres wide by somewhere around 100 meters tall consisted of thousands of particles made up of four various particle sizes with the largest being the size of a golf ball.

There is a huge array of sci-fi movies winning academy awards, how different is Ad Astra in terms of VFX? Ad Astra strives to achieve a higher level of scientifically accurate VFX that look great on screen, and we’re pretty proud of the work we produced to hit this achievement. Would you like to share any fond memories during the making of the movie? For me, it’s always the people that help make the experience. The crew created some amazing imagery while being a sheer pleasure to work with. I thank them for all of their hard work and dedication.