Independent video game developer Moonray Studios has recently announced their newest titles, George of the Jungle: Owie Owie and Freaktown Defenders which will release on iOS, Android and Web, free of cost on 18 August, 2016. The simultaneous launch coincides with the season two premiere of “George of the Jungle” and the current season of “Freaktown.” 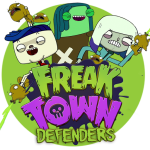 George of the Jungle – Owie Owie fever has turned once friendly and collectible light bugs into a bloodthirsty army. While evading these vicious bugs, players climb as high as they can while also avoiding trees, rocks, thorns and other creatures. As George, players have an assortment of powerups to collect, costumes and friends such as Shep, Ape and Magnolia that will propel George to new heights. One wrong step and players will watch George endure every bone-crushing hit in super slow motion.

Freaktown Defenders – Boo Boo is back trying to sweeten Freaktown, one building at a time and it’s up to 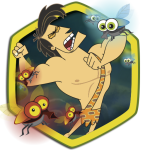 Freaktown’s favourite Freaks to fight back with an arsenal of squirt toad snot and special superpowers, including eye throwing. A player has to save Freaktown by defending the town against more than 50 waves of Sweet attacks, from gangs of fluffies to swarms of pixies, by using the power of farts.

“George of the Jungle and Freaktown are the perfect games for families to play together and a great way to pass time during vacation travel,” said Moonray Studios, founder, Dan Clark. “With addictive combat and simple controls, both games make it easy for kids of all ages to play and try to outscore their friends and family.”