With Kidscreen just around the corner, Sunrise are delighted to announce the eighth season of their award-winning non-dialogue pre-school animated show, Jungle Beat. The series will be distributed worldwide by Ireland’s Monster Entertainment.

The new seven-minute each, 13 episode series is currently in production for release in late-2020. The stories feature the Jungle Beat animals as they encounter a group of explorers who have turned- up in their jungle paradise on a mission of discovery. 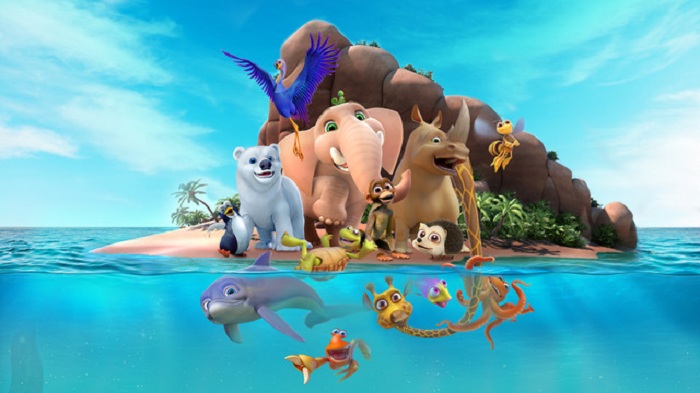 Monster Entertainment has distributed previous seasons of the show to broadcasters in over 150 countries, as well as 45 airlines. Key broadcasters included Turner’s Boomerang in GAS and CEE, RTE in Ireland, YLE in Finland, SVT in Sweden, VRT in Belgium, SRC for French-speaking Canada, and Gulli in French-speaking Africa.

The Jungle Beat portfolio now consists of 91 x 7′ episodes, including the new season plus a series of 13 x 5’.

Executive producer for the show Phil Cunningham said, “It’s a very exciting time for the studio and brand, and we’re thrilled to continue our partnership with Monster on this new season.”

In addition to the new series, the first Jungle Beat animated feature film, Jungle Beat: The Movie will be released in cinemas globally from this summer. The film is produced by Mauritius-based Sandcastle Studios and Cape Town’s Sunrise Productions, and distributed worldwide by Timeless Films.

The studio are looking forward to presenting season eight of Jungle Beat to new and existing partners at Kidscreen this week.