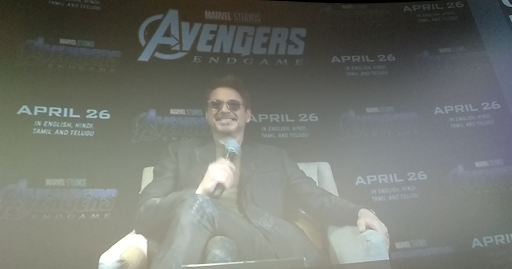 Marvel India surprised its fans in India with a one-of-a-kind-fan-event where they got to meet their favourite superhero Iron Man (Tony Stark) aka Robert Downey Jr in a LIVE video conference. Gathering at respective assigned venues from four cities- New Delhi, Mumbai, Chennai and Bengaluru, fans flocked in huge numbers to experience this once-in-a-lifetime opportunity to meet their favourite superhero, even if it was virtual, and get their questions answered.

Presently on a series of press tour for Avengers:Endgame, Downey Jr. was live from Korea and happily answered the questions that fans asked him. His answers reflected why he’s Iron Man more than anybody else because of the terrific wit and charm. Few of them were:

> Which is your favorite Iron Man Costume? RDJ:  The one you haven’t seen yet. I particularly love Mark 1 and Mark 42. > You and Pepper Potts were thinking of settling down before Thanos ruined it. If you were to name your kids what are some names you are considering? RDJ: Well, if we have triplets I guess we’ll have to call them Marks I, II and III. 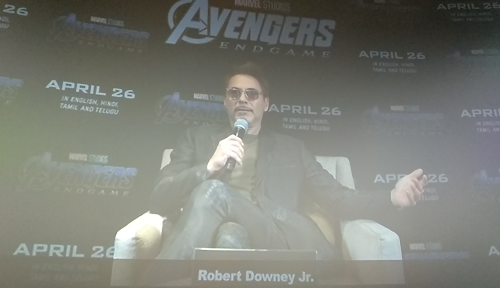 > Sir, could you please share some fun stories from the ‘Avengers : Endgame’ Wrap party? RDJ: Right, well I have no memory of it so must have been pretty good. I got to tell you honestly, we made both Infinity War and Endgame, we basically shot them back to back and it was the most time that the most Avengers and Guardians and everyone was spending most time together. Endgame really represents the culmination of probably the time in our lives that we have been the closest. He also showered his love to Indian fans after he was greeted with his signature moves in Instagram posts. He laughed and ‘bowed’ to the fans and said,”You guys are just amazing fans. I can’t wait. I cannot believe I haven’t been to India. I’m coming there so damn soon.” We’re keeping our fingers crossed! Till then, we get to see him on big screen on 26 April in Avengers:Endgame.