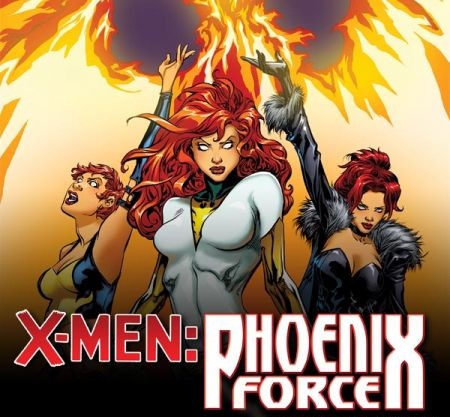 Marvel has announced the return of The Phoenix Force to the X-Men comics as part of Jonathan Hickman’s X-Men relaunch in the stunning cover for Cable.

The entity of Phoenix Force has bonded with other characters, and often used the alias Phoenix while bonded. The Phoenix Force is famous for its central role in The Dark Phoenix Saga storyline, and is frequently linked to Jean Grey.

Hickman’s X-Men relaunch has essentially unveiled the Golden Age of the mutant race. Charles Xavier has gathered all the world’s mutants on the living island of Krakoa, and he’s building the first true mutant community. In fact, the X-Men have learned the secret of conquering death, using a blend of mutant powers and Cerebro technology. They’re using this to gradually bring back all the mutants who have ever died.

The X-Men have always had strong ties to the Phoenix, a cosmic force of death and rebirth that predates the creation of the universe. They first encountered the Phoenix when it replaced Jean Grey with an avatar, and experienced human emotion, ultimately going insane in the classic Dark Phoenix Saga. Since then, the cosmic firebird has been increasingly tied to the mutant race, even going so far as to reignite the X-gene worldwide in the Avengers Vs X-Men event.

With dead mutants coming back, it’s just a matter of time before the Phoenix returned once again to the X-Men comics.