King Kong (2005) an epic adventure film, which was the remake of 1933 movie, was directed, co-written and produced by Peter Jackson. 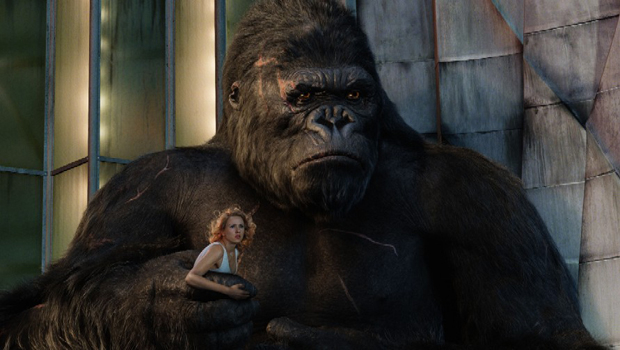 Legendary, now has partnered with Universal Pictures after launching with Warner Bros in 2005, the association now adds King Kong to its monster properties after Godzilla and Pacific Rim. The first King Kong movie brought its monster to existence using stop-motion animation, but now with advancement in the use of technology one can expect to see a much better output on the big screen.

The VFX used in this film went on to bag the Academy award for best Visual Effects, 2005. Jackson always wanted his ‘Kong’ not to act like human while he was working on his project. Andy Serkis, who reprises the role of King Kong, went all the way to Rwanda, to observe mountain gorillas in the wild. The resulting Kong was entirely made using special effects, that acts and moves very much like a real gorilla.

A high-profile remake, starring Jeff Bridges and Jessica Lange, was released in 1976, with a Linda Hamilton-led sequel following in 1986.