Multi Screen Media (MSM) has launched the digital destinations for this season’s KBC – the new look for the KBC website – www.KBCSony.com, the Official KBC App and the KBC Play Along Application. Both, the official App and the Play Along app are available on iTunes (iOS), Android and Windows. 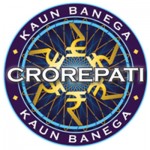 The KBC Official Game gives users an opportunity to play his/her favourite game any time, from any location across devices. The easy to navigate user interface is similar to the experience of playing KBC on the ‘Hot Seat’. Users have access to the same lifelines as on TV. Cross-devices common social leaderboard will keep users engaged and keep it competitive. The KBC Official game will also be available on Facebook for users to play as well.

Users can also win by participating in GBJJ via the KBC App. Previously, the only way to play was to either send SMS or call in. Now, one can play multiple times via the official App.

The ‘KBC Play Along’ mobile application

For the first time in India, every single TV viewer can play along with the KBC show on-air during its prime-time telecast. This unique and interactive application allows users to participate either via the App or the website, and respond to Bachchan’s questions on-air. Users can also challenge and compete with their friends on social media.

Speaking on the launch, Nitesh Kripalani, EVP – new media, business development and digital/syndication at Sony Entertainment Network commented: “This year, we have embraced the mobile internet user and enabled them to participate, engage and be rewarded… users can play-along with the hot-seat participant on-air and be rewarded. We have enabled a true second-screen engagement for the viewer. The idea is to bring the KBC experience up close and personal, across multiple mediums, be it mobile, tablet or online.”

The “Upload Your Family Photograph” feature allows users to become a part of the KBC family. They can upload their family photographs accompanied by a brief anecdote; some of the best photographs and stories will be shared by Bachchan during the show.