Unlike the other horror movies created to only “scare the hell out” of you, the Insidious franchise is based on a plot. The plot ended with the release of Insidious: Chapter 2, and Chapter 3 was a prequel. The fourth part of the film, Insidious: The Last Key, will fit between Chapter 3 and the first film in the timeline.

Sony Pictures has released the first trailer of the fourth part, and it opens a completely new dimension into Elise’s life.

The trailer opens with Elise travelling to the house where she lived with her family. The house is now inhabited by someone else who complains of it being haunted and asks for Elise’s help. From then on, the story seems to twist and turn in a way that is almost incomprehensible, save for the idea that it revolves around the life of Elise. 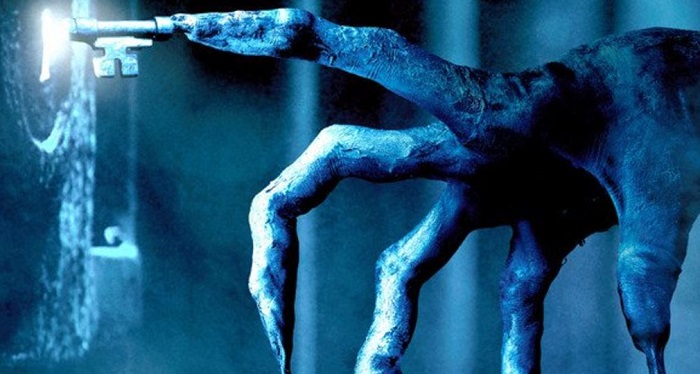 From the trailer, there are no signs that the film has any relation to the first two installments in terms of the plot. There is a weird connection though: an elaborate depiction of doors, corridors and passages that seemed to have a consistent existence in the first two parts. And in the midst of the trailer, you get a glimpse of the spine-chilling red door, a point when you say, “Shit!”

Apart from the plot, the franchise is known for its excellent work on effects, lights and sounds. The trailer offers nothing less. In terms of visual effects, the lengthy passage with prisons on either side, huge iron gates with smoke on the ground and the crawling creature with fingers as keys that appears at the end prove to be the highlights. There is the usual animation in toys and flying things. However, the ghosts particularly look refreshing, not to forget the creature that hisses, “This way,” to Elise.

While the plot seems hazy as of now, we are sure that it exists, and in a way that will combine with the horror sequences and spooky soundtracks to literally, actually and totally scare the hell out of you.

Insidious: The Last Key is slated to release on 5 January, 2018.