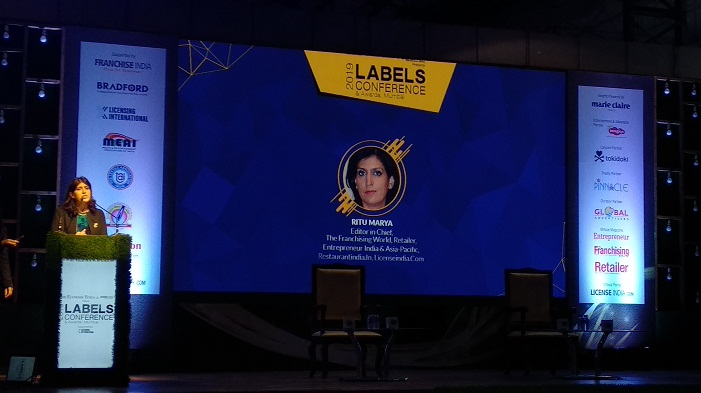 The first day of ILE 2019 was an eventful one with a series of panel discussions, fireside chats, keynote addresses, and presentations followed by Label Awards. The event commenced with the lighting of the lamp and a welcome address by Franchise India editor-in-chief Ritu Marya who noted that sectors like sports, retail, fashion and digital have seen tremendous growth. She said, “It’s about the dialogue we share to establish and extend the industry. We need to shed inhibitions in order to let brands grow. Building a vision is very important before building an equity. You need a purpose and collusive collaboration for the growth and success of the brand.”

Brochstein gave an overview on the global opportunities of licensing business. He focused on Licensing International (rebranded from LIMA), being a premiere trade organisation for companies in the business of brand licensing. “Licensing is one of the most powerful contemporary forms of marketing and brand extension. It’s really the reason for our being. We are aimed at growing the future of licensing all around the world. It’s a vigorous, vibrant business that we very much believe in and support expos and sponsor for its growth. Though our headquarters are in U.S., more than 60 per cent of our membership is based outside the USA and that’s really where, the growth is coming from. We’re showing steady growth in the industry. This year we passed 200 billion dollar market and we saw that more and more business is built around not merchandise but experiences and services. That’s a really fast growing part of the business.”

George emphasised on the local perspective in India and pointed out brands are even being created out of YouTube brands. He gave examples of Chu Chu TV, Vidya Vox, Bhuvan Bam, Baby Shark and so on who have gone to become huge in the recent days. He informed how licensing and merchandising (L&M) are affected when comics or books are adapted as blockbuster movies/shows, and become huge hits. He cited examples of MCU, DCU, Game of Thrones, Harry Potter franchise and others. George also talked about successful movie franchises adapted as cartoon shows like Little Singham and Golmaal Jr. or even games like PUBG, Fortnite which are currently in rage currently in the L&M business.

Next was a fireside chat between Bollywood filmmaker Milan Luthria (The Dirty Picture, Once Upon a Time in Mumbai) and The Economic Times senior editor Alokesh Bhattacharyya. Luthria shared his journey as a director and the changing times of how directors, presently, are less involved with the entire filming process. He said, “People nowadays want to become filmmakers too fast. They don’t go through the labour of giving birth to the film.”

But he also appreciated on the changing phase of Indian Cinema and entertainment with quality content. “The Indian entertainment industry is standing at the cusp of change. The cleansing process has happened over the past year and now we see good content and not shit, that few creators were throwing at us. The hardware has also changed with increase of multiple screen options,” he added.

Luthria also commented that he sees less scope for animation films becoming mainstream in cinema as the best technicians according to him are absorbed by Hollywood who’re doing a far better job than that of in the country.

Famous fashion designer, Wendell Rodricks was up next talking about his fashion line and brand philosophy. He believes in doing charity that goes beyond just paying a cheque. In fact, he is the first designer to incorporate Braille on his clothes for the visually challenged to be able to see it. Rodricks also is transforming his 450 year old house into the first Costume Museum in India.

Rodricks was followed by a special address by Indiantelevision dot com group founder, CEO and editor-in- chief and AnimationXpress editor-in- chief and chairman, Anil Wanvari, on the rapid growth of media and entertainment space in the country. He talked about the OTT originals rush, Indian content going global and pressure on pay TV. Mentioned he, “Subscription patterns are growing up. Language has become the niche and it’s the golden era of content creation and creators, with growth of OTT players and Indian content moving out of India.” He also pointed out on how L&M policies are influenced by characters and their popular sayings – be it Chhota Bheem or Apna Time Aayega.

Purohit commented, “This is the Renaissance of entertainment industry. We’re experiencing an explosion in content with a lot of diversity. Now, is the age of characters which are not black or white but grey.”

Talking about the changed audience and consumption pattern, Sodhi further added, “I don’t think the audience has changed but the screens have evolved. Mobile phone is a huge alternative screen. Whether it’s movie content or TV content or original content or even Sports, the consumer will watch whatever is in front of them as they’ve lot of choice.”

The panel had one thing in common – staying true to one’s vision, philosophy and quality. Khasgiwala quoted, “The quality should be the best and catering to the needs of the customer. Standardising Indian sizes are also equally important.” 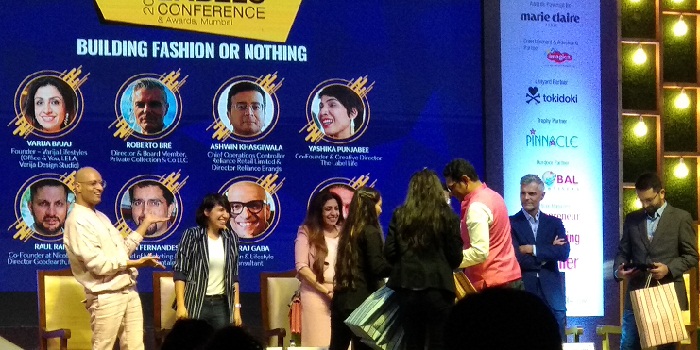 The discussion reflected the rise of non-Cricket sports and their popularity. On how the limeshight is now shared by the likes of Football, Kabaddi, Kho Kho, Badminton and others. Niyogi commented, “The growth of the non-Cricket sports was remarkable in the last few years. In the USA or Europe, kids are tapped at the age of six or seven, and trained to become gems. This is where India went wrong. So, for Kho-Kho, the game just needed a platform and we thought of going back to the roots.” 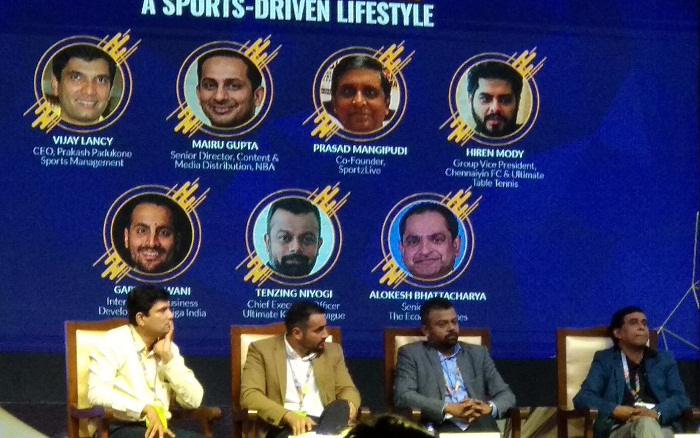 Lancy spoke about the growth of infrastructure that was triggered by the win of Saina Nehwal at the Commonwealth Games. Now, there’s availability of proper coaching, management and guidance that has aided the sports industry.

Udhwani mentioned, “We at LaLiga are trying to grow our brand recognition in the country. We’re following a 360 degree approach and are making our deals accessible to more and more audience. We’ve cracked deal with Facebook and conducting special screenings and contests for fans.”

Following was a fireside chat on ‘How to go from Reverence to Relevance?’ between Marya and Indian Bollywood actor Sunny Leone. Leone who is hugely popular but at the same time received a lot of flak, commented about how she ignored criticisms, went on with her passion and now created her brand Infamous by StartStruck – brand of lingerie.

“If I had been bothered about what people talked about me, I wouldn’t have been here today. A lot of people were upset when I came back to India, but I didn’t lose hope, nor gave up. Nobody should ever give up following their passion.” 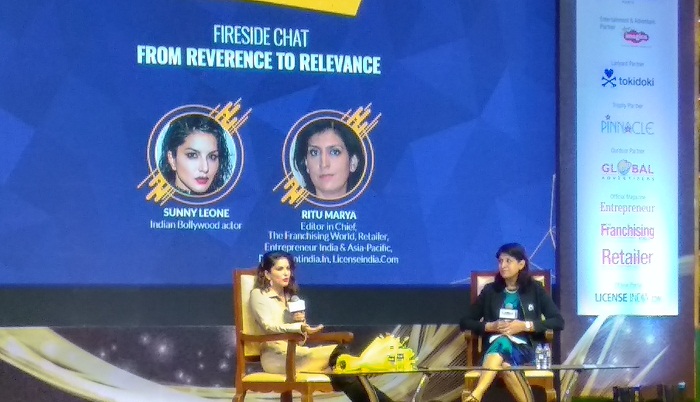 About brand building and sustenance, Mathur said, “Agility, honesty and quickness works well for brands. You should be able to adapt and evolve for the medium you choose. How authentic we’re in our philosophies, approaches and products are what differentiates between a good/big brand and average brands.”

Rathi tagged along, “Lip service won’t work in today’s digital and social era. Transparency of the brand is very important for current generation. They’re far more aware about current problems. Convenience is what they want. They’re pressed for time and will not bother something that’s not quick.”

Shah quipped about the importance of local and regional content. “Vernacular content is growing by 10X as India is a country of multiple languages, and if you put out a message, better to do it in their own language.”

The ILE 2019 Summit was followed by the very popular Label Awards and pulled down the curtains on another successful season with quite decent attendance in spite of inclement weather, and promises a bigger one next year.