The Indian Federation of Sports Gaming (IFSG), India’s first and only self-regulatory industry body for the Online Fantasy Sports Gaming sector today announced the appointment of Justice A K Sikri as its ombudsman and ethics officer.  Arjan Kumar Sikri is an eminent jurist, a former judge of the Supreme Court of India and was recently appointed as a judge in the Singapore International Commercial Court.

Joining IFSG as the industry body’s first ombudsman, Justice A K Sikri will be responsible for investigating queries/complaints raised by the users of the Online Fantasy Sports Gaming platforms. In this role, he will provide strategic council, resolve disputes brought forward regarding binding rules or financial discrepancies as well as steer hearings and make announcements for smooth operation and ease of functioning.

In his illustrious legal career spanning over 4 decades, Justice Sikri has held several eminent positions. He retired as a senior-most judge of the Supreme Court of India on 6th March 2019. He has also served as the Justice of the Punjab and Haryana High Court and Acting Justice of the High Court of Delhi.

The appointment of Justice Sikri comes after 3 months of onboarding  Anwar Shirpurwala as the CEO of IFSG. Over the last 2 decades, Anwar has worked in diverse industries and has vast experience in sales and marketing, government affairs and public policy. As the CEO of IFSG, Anwar will drive IFSG’s strategy and operations for the emerging sector of the entire sports gaming industry. He will work closely with government stakeholders and work towards creating standardised best practices for the sports gaming industry. Prior to IFSG, Anwar was the CEO of MAIT for 6+ years, contributing immensely to the growth & development of the Association and creating a vibrant ICT manufacturing industry. 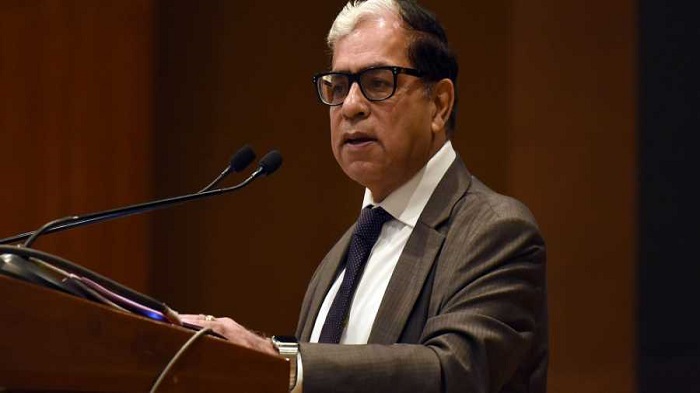 Commenting on the new appointments, IFSG president Harsh Jain, said, “Justice A K Sikri’s association with IFSG is an important development for the industry body. The sports gaming industry is growing at an exponential pace and so is the need to ensure that all operators adopt best-in-class ethical business practices. With Anwar as the CEO of IFSG and Justice Sikri as the ombudsman, IFSG will be able to frame robust industry benchmarks with strong governance protecting our industry’s 8 crore users and 32 operator’s interests.”

Commenting on his new role IFSG CEO Anwar Shirpurwala said, “I am delighted to be part of IFSG and look forward to contributing to India’s emerging online sports gaming industry. With growing digital infrastructure, expanding smartphone penetration and increasing integration of technology with sports, online sports gaming has seen immense adoption by avid sports fans. The last year has seen an increasing number of operators entering the industry to provide sports fans with immersive experiences. While this presents an immense opportunity, it is critical to establish best practices to grow and scale the industry responsibly.”

Commenting on his new role, IFSG ombudsman Justice A K Sikri, said, “I am proud to be entrusted with the role of ombudsman for IFSG. The sports gaming industry provides an untapped opportunity for sports lovers to showcase their sports knowledge and come closer to their favourite sport. As the industry prepares for the next wave of sports enthusiasts, as a self-regulatory industry body it is important to protect and educate operators & users about the industry and its best practices.”

IFSG already has Ratnakar Shetty,  Amrit Mathur and Dilip Dixit as its advisors, and John Loffhagen, an eminent legal counsel, serves as the Chairman of the body. Currently, IFSG has 32 members that are working together to create standardised best practices and drive self-regulation. The sector has already witnessed the emergence of India’s 1st Gaming Unicorn (Dream11) and has the potential to reach over 10 crore users by 2020.