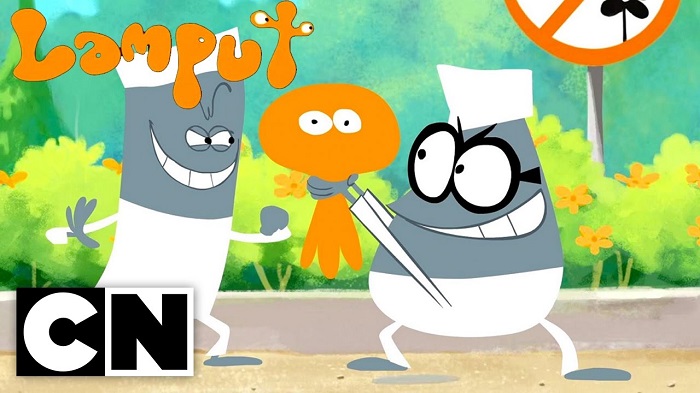 Lamput is having a great time! The hilarious Indian slapstick chase comedy has lately added another feather to its cap! Lamput was the only animated Indian IP to be invited to the Annecy International Animated Film Festival that happened between 10 to 15 June.

Produced by Vaibhav Studios and created/co-directed by the studios’ founder Vaibhav Kumaresh, Lamput has a special place in non-dialogue, slapstick chase animation in India and across the globe. Lamput is a gooey orange substance that escaped from a secret laboratory. Two scientists, Specs Doc and Skinny Doc, are trying their best to catch him. But Lamput, always a master of disguise, he escapes from right under their noses.

Excited being invited to Annecy, Kumaresh exclaimed, “We were obviously thrilled. It was such an honour to be invited to the Annecy Animation Festival and for Lamput to be featured as one of the top global shows alongside international Cartoon Network hits like The Amazing World of Gumball.”

This news followed after Cartoon Network approved season three of the series, which will run internationally on the channel in Asia Pacific and Latin America, and on Boomerang in EMEA. The new season will comprise a mixture of 21×5’ and 21×2’ episodes, and will roll out from early 2020. Cartoon Network, POGO and Boomerang Asia Pacific head Leslie Lee said in a chat, “The global response to Lamput has been astonishing, and being invited to participate at Annecy was a real honour. The series has been huge on both our TV channels and our digital services in India. The feedback has also been phenomenal in almost every other corner of the world, from Latin America to Europe, to Asia Pacific. It may be a show born in Mumbai, but it’s shown it has got real legs (albeit orange and gooey!) and travels extremely well.”

Lamput has a devoted fan base. On YouTube, its clips have amassed 300 million views, as well as an additional 250 million views on Cartoon Network, POGO and the Cartoon Network Watch and Play app in Asia Pacific. It has also scored several awards including the 2018 Asian Academy Creative Awards for Best 2D Animation and the Best Animated FICCI Frames Awards in 2017 and 2018.

Talking about what has been the key to Lamput’s success, Lee revealed to AnimationXpress, “At its heart, Lamput is simple slapstick comedy at its very best. You cannot fail to laugh at this show. Its simplicity is probably what appeals most to viewers. It’s a real challenge for Vaibhav to conceive and draw a joke in such a small amount of time of 15 second micro-shorts.” 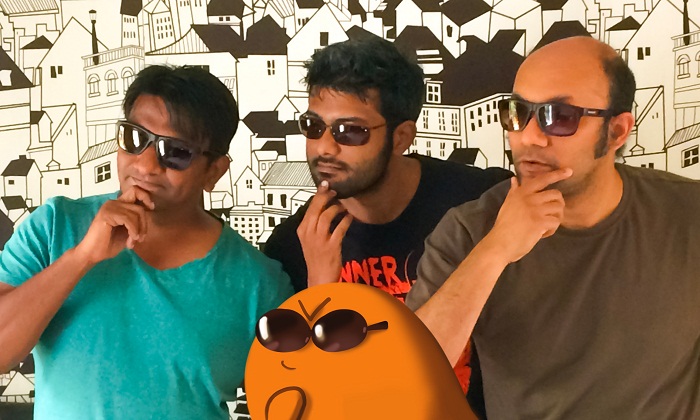 Looking back at the journey that culminated into a lot of appreciation from different corners of the world, Kumaresh said that he didn’t expect such an overwhelming response for Lamput. “We were busy having fun creating it and enjoying the heartening reactions by the audience. It’s been really hard work for the team, but it’s been immense fun. We have recently been creating some of our best Lamput shorts to date. The basic seed was a strong urge to do something involving ‘shape morphs’. I’d been wanting to do something like that for a long time. During my spare time, I worked on this wishlist and developed a basic premise, and then eventually a pitch for the show,” said he.

The animation style of Lamput is very different and fresh. Some really brilliant artists have worked tirelessly on Lamput. The core team includes animation filmmaker and co-director Anand Babu who brings his unique sense of humour, design, storytelling and animation to the project. Ganesh Kotale is is responsible for the beautiful hand-painted background art. Roto Shah lends his voice, and coordinates the sound and music for the show. Every member at Vaibhav Studios contributes with unique story ideas which are nurtured and developed into a workable plot. The production process that involves clean-up, inking, in-betweens and compositing is outsourced to Inspidea, an animation studio based in Malaysia.

Kumaresh added, “The most important component in Lamput is the visual script. Being a non-dialogue show, it relies heavily on the plot and its visual narration. It  includes a lot of homework, in the form of creating doodles, oral narrations, deciding on acting choices, writing notes and more doodles goes into arriving at a strong animatic which is the blueprint of the film. Lamput is animated the traditional ‘drawn’ way – with keys and in-betweens and with hand-painted backgrounds. The finished video edit then goes into sound and music design, and is finally mastered for broadcast.”

Annecy had definitely been an important stepping stone for Lamput before it embarks on another season with more fun and quirk! “Annecy was beautiful as always. This was my fourth visit to the festival. My first trip was in 2000 when my graduation film was selected for the competition so Annecy is very nostalgic for me. Only that, being on the panel as a speaker this time i was on the other side of the stage! It was a packed house for the Ingredients of Comedy panel session with attendees even standing at the back of the hall to watch the show. All the presentations were very well received by the audience. Personally it was interesting to see how each creator approached the humor on their respective shows. We got to meet quite a few Lamput fans post the session and that was so heartening!,” concluded Kumaresh.