Latest News
Google is aiming to boost its Stadia game as it has announced that a number of popular new titles are going to add in Stadia streaming service, including PlayerUnknown’s Battlegrounds (PUBG) which has been recently added, Octopath Traveler and five games from a partnership with EA – FIFA, Madden, Star Wars Jedi: Fallen Order along with two more that are yet to be announced.

PUBG will be free for Stadia Pro members and will include the new Cold Front season pass. Stadia Free members will be able to purchase the base game for $29.99 or bundled with the season pass for $39.99. PUBG on Stadia will also support cross-play, so you can play against friends on console. 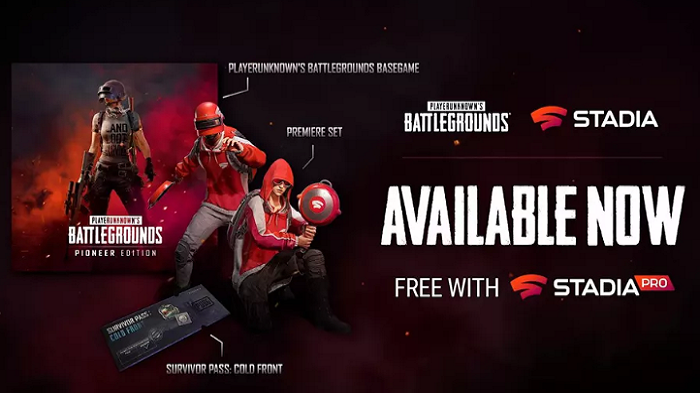 In addition to the games already mentioned, Google announced three games that will launch first on the service: Crayta, Get Packed and Wave Break. Crayta, a Dreams-esque creation platform allows gamers to create multiplayer games on their PC to share with their friends and comes out in a few months while Get Packed, a game that looks eerily similar to Moving Out, launches today for $19.99.

May’s Stadia Pro games include Zombie Army 4: Dead War, SteamWorld Heist, and The Turing Test that are all claimable on 1 May. Thumper will be leaving Stadia Pro at the end of April.