One Take Media Co brings yet another Korean drama series Goblin to the Indian audience in Hindi.

Goblin is an interesting story of a military general who dies a tragic death. Years after his death, he is cursed to stay immortal forever, enduring the pain of seeing his loved ones die as punishment. He becomes an immortal goblin, helping people with his powers. The only way to end this curse is by the goblin’s bride.

This series has won several accolades for its unique storyline and performances. Goblin won the Best Drama award and Best Actor award internationally. 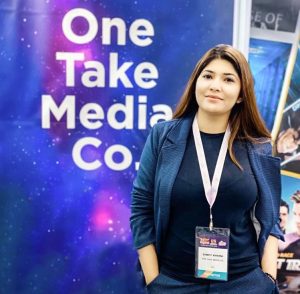 One Take Media director Dimpy Khera said, “Goblin is a wonderful story through which the viewer gets to experience every human’s fantasy of immortality. There are also breathers of modern-day romance interspersed with humour which makes it a perfect watch. We want to bring engaging content for our viewers that is also uplifting and entertaining at the same time. We will continue to bring many such titles to our viewers.”