The thirty-second trailer of the upcoming Monster Hunter movie was revealed during the Shanghai International Film Festival and it has given the fans of the series their first glimpse at how some of the monsters will look on the big screen.

The fantasy action thriller film directed and written by Paul W. S. Anderson, is loosely based on the video game series of the same name, produced by Capcom. 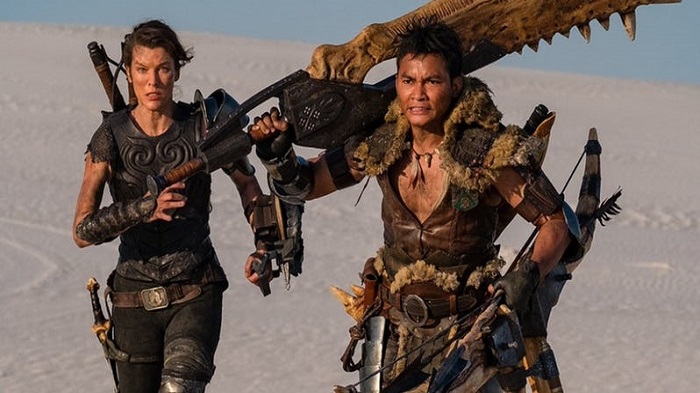 The trailer shows Milla Jovovich looking on as a Diablos comes crashing out of the sand, while Tony Jaa prepares to fire an arrow at the monster. The trailer also shows Ron Perlman swinging a hammer and a Rathalos that is surrounded by flames.

The movie is scheduled to be released on September 4, 2020, by Screen Gems. The Monster Hunter movie is taking a different approach to the story of the series than the video games, as it follows a group of the United Nations military team falls into a portal to an alternate dimension, where humans fight off giant monsters. Two groups work together to defend the portal, thwarting monsters from entering and invading Earth.