The latest iteration of Charlie’s Angels is all set to hit the big screen but recently fans were treated to a new look at the ensemble. Elizabeth Banks, who is directing the remake, recently shared a photo of herself alongside stars Kristen Stewart, Naomi Scott, and Ella Balinska. 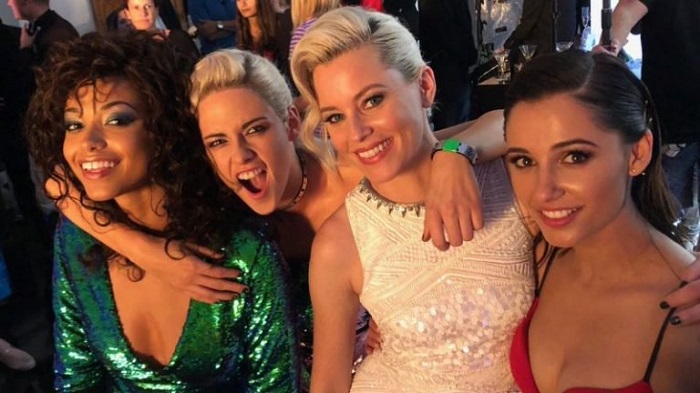 Steward said to comicbook.com, “There is a kitsch nature to the last ones that was super fun, but nowadays if you see a woman in combat, everything should be something completely and utterly well within their ability. And the new trio of Angels together really, really beautifully. And there’s a whole network of Angels — it’s not just three — it’s women across the entire globe that are connected and helping each other”

The franchise began with a TV show that ran from 1976-1981 starring Kate Jackson, Farrah Fawcett, Jaclyn Smith and Cheryl Ladd. There were two films, Charlie’s Angels in 2000 and Charlie’s Angels: Full Throttle in 2003, starring Cameron Diaz, Drew Barrymore, and Lucy Liu. The sequel added Demi Moore. The Charlie’s Angels remake will also have Sam Claflin, Noah Centineo, and Nat Faxon. Patrick Stewart, Djimon Hounsou, and Banks will reportedly play multiple different incarnations of Bosley. And with that cast on board, it sounds like fans should expect a noble remake of the original 1970s TV series. After looking at the picture, we are stoked with anticipation since the action is going to be loaded with VFX shots. Charlie’s Angels will be released on 1 November 2019.