The 6th edition of the Taiwan Excellence Gaming Cup’s (TEGC) grand finale received a stupendous response from participants and audience alike. Professional gamers from across the country converged in Mumbai to battle it out at India’s most prestigious eSports championship on 27 to 28 September at Infiniti Mall, Malad (W), Mumbai. Organized by the Taiwan External Trade Development Council (TAITRA) and Taiwan’s Bureau of Foreign Trade (MOEA), TEGC is India’s longest running eSports championship.

Over the years, TEGC has grown to be extremely popular and has now become one of the most venerated competitive gaming tournaments in India. In fact, the overwhelming response it has received this year is testimony to how its popularity is growing each year. The first edition had seen only 565 participants, while in 2019, the number has grown to 6,136 participants.

This year’s edition featured a collection of games including PUBG Mobile, DOTA 2 and CS:GO. The elimination rounds for TEGC 2019 kicked off in June for the pan-India championship with an impressive line-up of cities including Hyderabad, Bangalore, Silchar, Kolkata, Pune and Mumbai.

This year, the participants and audience got an opportunity to witness and get a first-hand experience of some of the best technology from leading Taiwanese brands including AIFA, AORUS, AVerMedia, Avision, D-Link, InWin, MSI, Predator, ROG, Thermaltake, Tokuyo, Transcend, U.CR+, Victor, XPG, Zowie, Zyxel, etc. 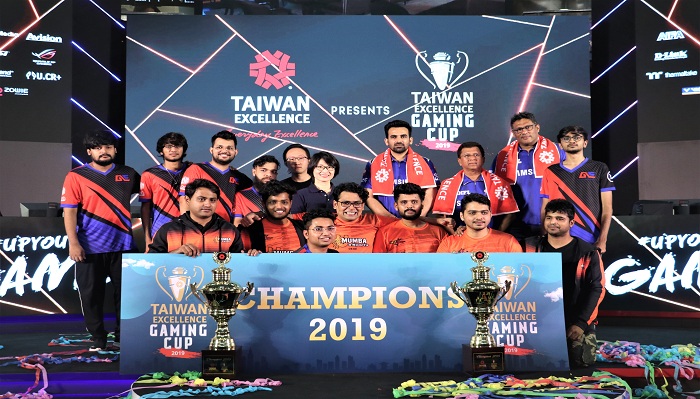 This year’s edition too included a unique initiative where India’s most loved sport lent exciting support to India’s fastest growing sport. To grace the grand finale, TEGC invited some of India’s biggest cricketing legends including Zaheer Khan, Kiran More and Abey Kuruvilla who are currently coaching the Mumbai Indians IPL team. These stalwarts were present at the event to interact with the young eSports athletes, mentor them in general and instill the values of true team spirit and sportsmanship in them. With the aim of offering gamers overall grooming towards pursuing eSports as a career, TEGC requested the stalwarts to interact with the young athletes who could learn from the knowledge and experience of the senior players. 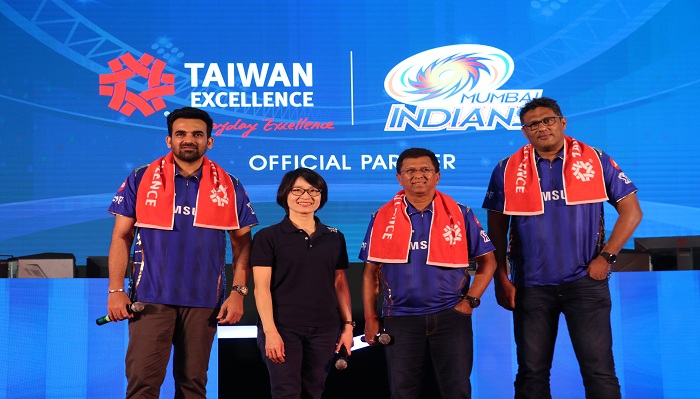 The cricket luminaries spoke to the gamers about how to stay focused and dedicated while working hard to achieve success in sports.

TAITRA deputy director of strategic marketing development Michelle Lin said, “TEGC has always focused on giving passionate gamers a chance to experience great gaming on some of the best and most innovative gaming products from Taiwan “TEGC is not just India’s longest running gaming championship, we are also one of the few properties who work towards the overall development of gamers and gaming industry in India. This year, we had amongst us cricket legends like Zaheer Khan, Kiran More and Abey Kuruvilla. They made the finale special with their energy and the way they encouraged the youngsters was amazing. We foresee that eSports will not only represent the spirit of Indian youth today but will also serve as a symbol of India and Taiwan moving forward together in the pursuit of innovation and competition. We always want to come back with a much bigger edition of TEGC each year and we wish to see same kind of enthusiasm from these passionate gamers and the audience.”

Also, this year the winning team of CS:GO U Mumba Esports will be going on an all-expenses- paid trip to Taiwan to represent India in the Taiwan Excellence eSports championship held between the TEGC winners from Taiwan, Malaysia, Philippines and Thailand and also a shot at a prize of USD 2,000 and gifts from leading Taiwanese brands.

The eSports industry in India is booming at a rapid pace since the last few years. Pegged at Rs 5,540 crore (FY19), it is poised for high growth with a likely 22.1 per cent CAGR taking it to Rs 11,880 crore by 2023, as per KPMG India. There is a large commercial opportunity for the players in the ecosystem and championships like TEGC are giving a major boost to the industry.