Fighters, get ready for a new battle! Red Bull has announced the return of Red Bull Conquest, challenging the top fighting game players in the United States to RISE, RALLY and CONQUER tournament circuit featuring popular fighting titles Street FighterV: Arcade Edition and TEKKEN 7, and newcomer Under Night In-Birth Exe:Late. Qualifiers will take place across eight cities, kicking off on 24 August and culminating with the Red Bull Conquest 2019 National Finals in November. Winners from each qualifying event will experience a new, unique competitive format in which they form a three-person team to earn the title of Conquest champions at the finals.

Hopeful players can attend RISE events to scout out competition and practice ahead of their region’s qualifier (hint: players can assess strengths and weaknesses of other teams for training purposes). Competitors will then RALLY and compete to earn the top spot in their respective title at their local qualifier event. Lastly, the winning competitors from the eight RALLY events in each of the three games will come together to form a team for the Red Bull Conquest national finals, where only one region will CONQUER and hoist the trophy for their region. 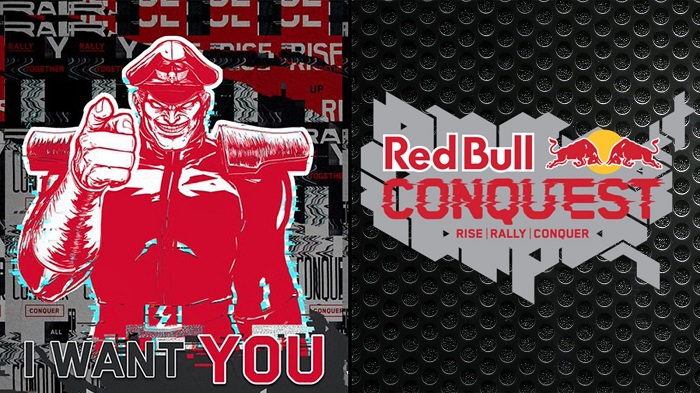 The shift to eight qualifiers for Red Bull Conquest 2019 will ensure a deeper pool of talent and more intense competition at each stop as top players are welcomed from around the nation. Beyond rekindling old rivalries, the qualifiers will serve as a shot for redemption from last year’s events.

The official partners for Red Bull Conquest 2019 are Alienware and HyperX. Both partners will be providing their latest hardware for all competitors at each regional qualifier and the finals.