Resurging the old anime classic characters in the form of computer-generated imagery and live-action has been the flavour of the season for quite some time now. Having set the popular cinema aswirl, a smattering of 2D animation classics have been stylised to live-action imagery over the past decade or so. It’s also the commercial viability of the model which rests on its appeal to all sorts of audiences, reeling in children and (nostalgia-stricken) adults alike that have spurred on the immense inflow of investments towards this trend.

Rapidly advancing VFX technology has rendered itself potent enough for production houses who have hopped onto to what seems to have become a growing trend of live-action retelling of popular animated content. We take a look at some of the popular 2D animated characters that got a CGI remake. 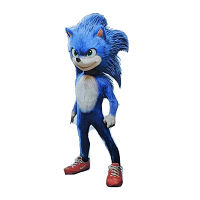 Sonic the Hedgehog has had a cult following for years so naturally fans had high expectations with regards to its CGI-reboot. So much so that immediately after the trailer launch, the backlash over its character-design prompted the director to issue a statement in which he promised fans to design Sonic again. Human-like teeth and longers legs just didn’t do for the fans who have an affinity for the classic 2D character. 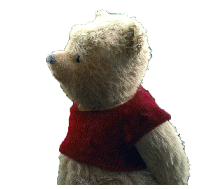 Winnie the Pooh has captivated kids with his shenanigans for years. With the movie Christopher Robin, CGI breathed a new life into the cuddlesome bear with the tactile quality of materials, and Pooh was made to look snug and furry like a stuffed animal with his trademark raggedy slant. It’s an alluring effect. The animation is considerably moderate of the stitched-doll make of the characters but also seems to have a great deal of variety based on each character’s personality. With vfx, it becomes clear that Pooh’s eyes constitute hard plastic-like material, and the filmmakers have chosen to maintain the integrity of that fabric by keeping it rigid throughout. 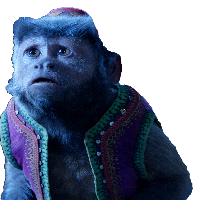 Aladdin’s capuchin sidekick Abu has deeply expressive, moist and limpid eyes. Yet the monkey is an entirely computer-generated creation that comically sticks dates under his hat, purloins small items from the bazaar and lays down and scratches his belly. The fur work is superlative given that it is difficult to make the fur fly in the natural direction. A small CG creature has been brilliantly carved out of the fabric of 2D animation, staying true to its original persona. 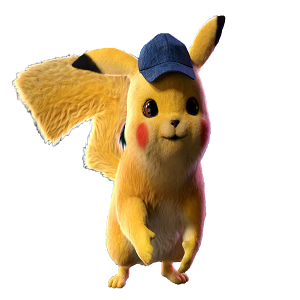 Pikachu has regaled and enamoured viewers over many generations now and the buzz around the character has hardly faded with time. It’s indeed a challenge to develop a plausible CGI of a character that has blazed a trail over the years with its legacy, becoming the poster boy of the Pokemon franchise. Body-ratio was a massive challenge at hand as the VFX team was bent on making it a photorealistic CG character.  The 3D model approach was dropped since it would have looked too cartoony. The eyeballs, especially look like actual ones in the socket. The texturing and fur-work make for an absolute visual treat to behold. 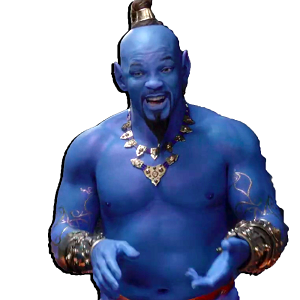 Even though the CGI work of Genie played by Will Smith drew a lot of flak in the first trailer, the second trailer mitigated the miffed fans where the genie appeared much more pronounced and impressive. The whirlwind effect at the lower body is an impeccable work of VFX whilst the body-ratio itself is pretty much on-point. Although there were some rough patches where the light hasn’t refracted well upon the figure which was also fixed by some fan remakes later. Overall, the way the blue wish-granting lamp-dweller whirls out of the lamp makes for a stunning imagery. 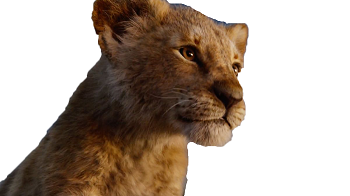 Extraordinary piece of photorealistic CGI work that we can gauge right from the trailer itself. At one point, the screenplay looks like a discovery channel clip spanning across a variety of natural elements.

Simba is as delightful as one would have hoped for, raising the bar of CGI imagery in the live-action landscape. We are eagerly waiting to watch this one as the film is set to be a hybrid, marking a new form of filmmaking that amalgamates both live-action elements and animated elements.

We hope to track the route of the CG train that producers seem to have hopped on to. Let us know if there are any more characters that would make fine CG characters.