Have you ever wondered what is the reason behind the cuteness of cartoon characters? It is general human psychology to get attached and obsessed to babies, or anything cute and adorable. Now when brands smartly put that element of cuteness in their products, the business becomes more profitable. 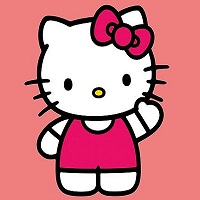 Hello Kitty is one such cartoon character who is mouthless, yet her cuteness and popularity is in billions. She is a five-year-old girl who appeared in the pink dreamy world, which every girl has fantasised once in a lifetime. The good news is that Hello Kitty who’s not so young anymore and definitely not a little girl, is turning 44 this year on 1 November 2018. With every passing birthday, Hello Kitty has  grown in years and experience by exploring new things.

Counting on her journey, most people are oblivious to the fact that Hello Kitty, designed by Yuko Shimizu, was actually for a print on merchandise of Shintaro Tsuji’s brand Sanrio. For the aesthetic cuteness it did not appear like a cartoon character initially. Yes, you heard it right!

In 1962, Tsuji noticed the profits had increased because of that adorable design on the sandals. So he hired cartoonists to design cute adorable characters for his merchandise. Hello Kitty was one of those characters which was added to the line-up of early Sanrio characters in 1974. The character first appeared on a vinyl coin purse in Japan and since then, the journey has been unstoppable. 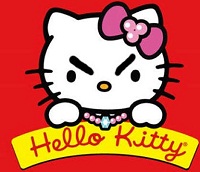 Coming back to why Hello Kitty is mouthless? Well, she appeared with a blank expression because the creator aimed to make her emotions ambiguous so that one can project their own emotions on it accordingly. For example, if one feels sad then Hello Kitty will be sad too, same as with your happy self or angry self.

This mouth less character has raised many controversies and myths over the years. Many people believed that initially Hello Kitty evolved with various myths like it’s a cat or Kitty means demon (so whoever buys Hello Kitty merchandise are welcoming demon). Whereas the Sanrio owner said Hello Kitty is a cheerful and happy little girl with a heart of gold. A lot of confusion? So, keeping everything aside, the first impression of Hello Kitty, perhaps, is a cute character who can become every little girl’s best friend. This is what made her so popular.

Hello Kitty also known by her full name Kitty White, is a cartoon character created by Shimizu and is currently designed by Yuko Yamaguchi. Since the time she appeared, she aimed at the pre-adolescent female market, the diversity in the Hello Kitty products has expanded massively over the years. A bullet train in Japan is named after her and it goes all the way from dolls, stickers, greeting cards, clothes, accessories, school supplies and stationery to purses, toasters, televisions, other home appliances, massagers, and computer equipment. These products range from mass market items to high-end consumer products and rare collectibles. 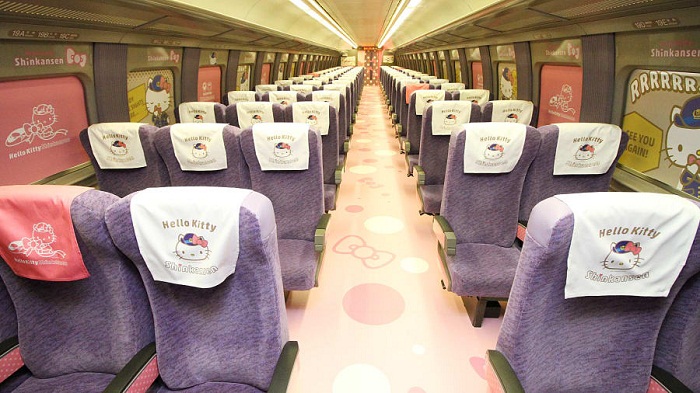 As she grew up with time, the initial label of pre-teen audience has widened up with the targeted market including teens and adults as a retro brand in 1990. According to Sanrio, in 1999 Hello Kitty appeared on 12,000 different products yearly. By 2008, Hello Kitty was responsible for half of Sanrio’s $1 billion in revenue and there were over 50,000 different Hello Kitty branded products in more than 60 countries. Beginning in 2007, following trends in Japan, Sanrio began using darker designs for Hello Kitty with more black and less pink and pulling away from kawaii styles. From expensive diamond jewellery to restaurants, Hello Kitty has been everywhere. Considering 2018, Puma collaborated with Hello Kitty to create the new Puma X Hello Kitty for all time collection, which features the company’s signature sneakers for both children and adults. Not only that, it has also teamed up with e-tailer ASOS for a wide range of Hello Kitty collection. If you think this is it about Hello Kitty, then you are wrong as its popularity does not end with that. The cute popular character has more to offer. It has always been on the news for one or the other explorations in the different industries. Considering the AVGC industry some of them are as follows: 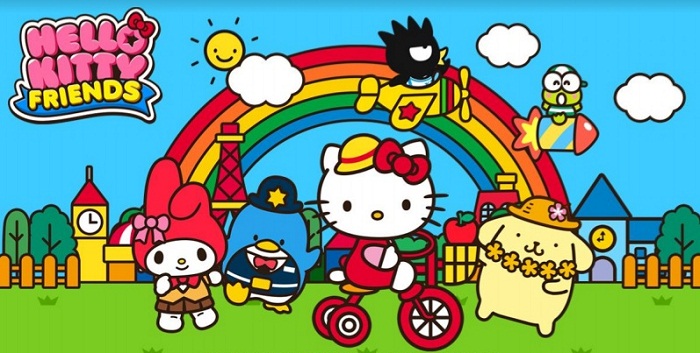 Hello Kitty has also appeared as a guest character in Sega’s Sonic Dash in 2016, as part of Sega’s partnership with Sanrio, and yet also appeared in Super Mario Maker as a Mystery Mushroom Costume that can be unlocked by playing the event course Hello Kitty & My Melody.

Apart from those, Hello Kitty mobile games have been very popular like Hello Kitty Jewel Town, Hello Kitty Lunch Box, Hello Kitty Educational Game and many more. So next time you see a five-year-old messing around with her mom’s nail polish or trying to make her own sandwiches, I am sure your child must be influenced from mobile games like Hello Kitty Nail Salon or Hello Kitty Cafe. Recently, Swedish game studio Bublar Group AB and Sanrio have tied to develop an Augmented Reality (AR) mobile game around the adorable character.

Also in films like Hello Kitty: Cinderella and Hello Kitty no Oyayubi Hime, Hello Kitty have amazed the audience and thus Sanrio announced a full-length Hello Kitty theatrical feature for 2019.

Throughout the journey so far, the little girl Hello Kitty has been super busy with her exploration with time and trends. The journey from an aesthetic print on a coin purse to AR gaming has been spectacular. Clearly, Sanrio’s branding of the cuteness has made everyone obsessed with it. Thus, now that Hello Kitty is turning 44, all the fans are eagerly waiting what she will explore and bring up next. Until next birthday, keep purring, Kitty White!