“Happiness is not out there, it’s in you.”

All our life we look for a purpose; and at the end of the day, everything comes down to how happy we are with life, with people around us and- our own selves. That’s what Dutch animator, Marlies van der Wel’s next film, Emily delves into.

Emily is an animated short about love, self-fulfilment and taking charge of one’s destiny. The eight-minute film revolves around an elderly florist, Emily (80). Looking back at her life and all the flowers she’s dealt, she reminisces about the people she’s met and the choices she’s made. Her garden has always been her refuge – her safe haven, hidden away from the world and out of sight for other people. After a lifetime devoted to botanical life, having kindheartedly handed out flowers, when the favour is returned and it’s her time to receive a bouquet, she finds peace with her chosen path. 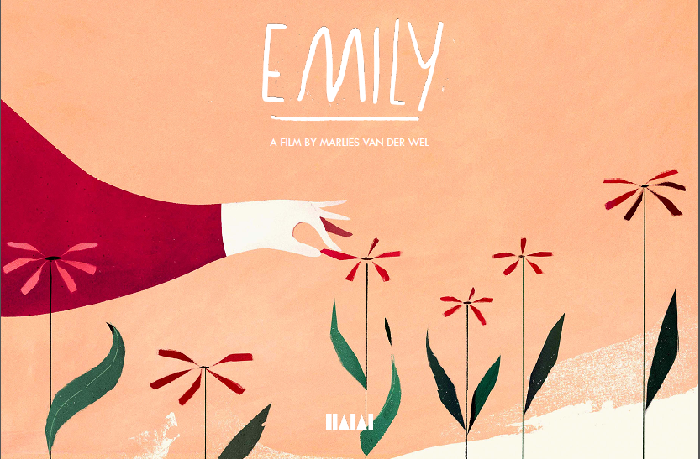 Emily is about finding happiness on one’s own. A feeling that’s subjective and elusive on its own, is about finding “the thing inside you that makes you want to live. A peace, a confidence, and a love for the self. I think that’s a continuously evolving route with no clear destination- but as long as one can find it’s own authenticity, and be able to trust in that, I think that’s of big significance,“ according to Van der Wel.

It’s the developing of this idea that Emily experiences in the film. She comes to this realisation during the very last day of her live. In that moment, she finds the peace and happiness that she was looking for – it was in the garden around her all along.

On being asked about why did she choose to make a film on ‘happiness’ on a bigger sense, Van der Wel revealed to AnimationXpress : “It’s not necessarily like I choose a specific subject when I start writing a script. It’s more that I’m personally dealing with questions at that specific moment, and I try to find answers. 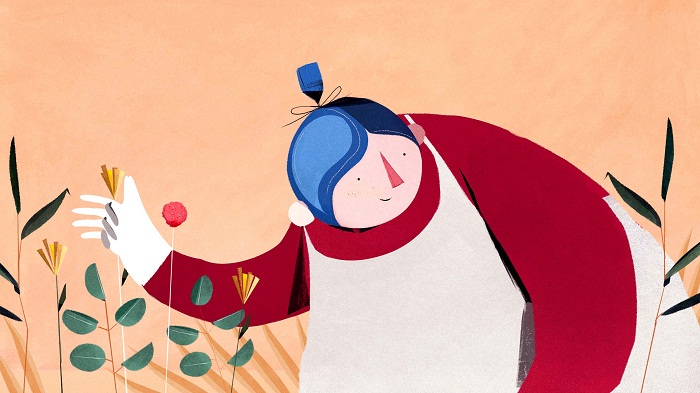 So yes, in a way it’s my own story, or quest, but most of all I try to catch an universal feeling. One that many people can relate to. I think in a bigger sense the story of Emily can be recognised in many different ways. It would be my glory if people are touched by the film, and a dream if it stays in their thoughts for a longer time. It’s what I aspire for with my work in general; to address big themes by creating small stories.”

The scriptwriting originally started with the idea of a florist who never gets flowers herself. Following that phase, Van der Wel worked tightly with her creatively involved producers at HALAL, before plunging into the animatics which took, what seemed like forever.

For the design she wanted to keep the style simple as she realised that the images actually became stronger by using abstractions and leaving out the finer details.

“For instance, the flowers surrounding Emily – it didn’t work to draw them all. It became distracting. So I had to find a more conceptual way to express it… I actually went to Portugal to study the surroundings and take  inspiration regarding colours, shapes and patterns. During that time I sketched all the shots on paper. It helped to leave the computer for a while and instead search for the essence of the story. When I came back I had a clear colour pallet and sketches of all the shots,” she added.

Unlike Jonas and the Sea, where she animated each frame all by herself, this time she had a lovely team of three people for animating, all having their own expertise. The digital cut-out technique was combined with frame animation followed by the creation of music where the componist on board nailed it on writing a composition that would resemble Emily’s feelings; sad and happy at the same time.

The film has a lingering sense of pathos that clings onto you and the effect only gets stronger with the unique technique. The film is an authentic, honest collaboration of a great team which has elevated it to a higher level. Van der Wel noted, “My technique in general, specifically the animation technique is marked by the fact that I try to put small accidentally humorous moments in the acting of the characters. A kind of clumsiness.

Such a project is never without its own challenges and for the Dutch animator this time she had to grapple with her own designing style. “The biggest challenge was reinventing my own design style. Whereas my first film, Jonas and the Sea, was rich and dense in style, Emily moved in a different direction. I had to refresh, go back to the essence of drawing and look for the only necessary parts of an image. It was a process of leaving out more and more, and look for empty spaces that would tell the story better than an image would do.”

Besides that, there’s also the limitation in putting forward all that one want to express, within a fixed time span. The essence of animated shorts in general gets forced to limitation for having limited time, people and resources. Whether it is in design, story or length, she thinks these ‘limitations’ also are the poetic power of animated shorts. 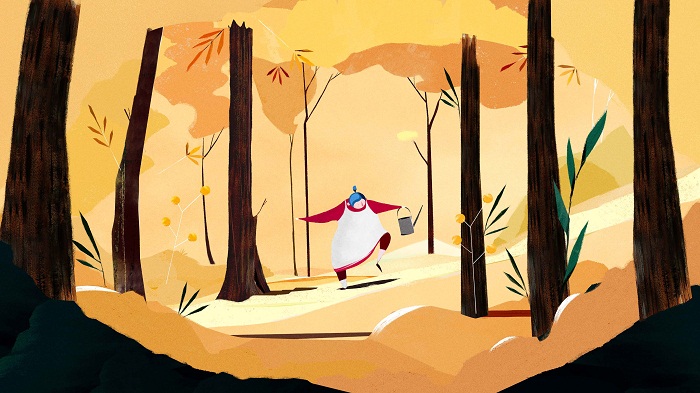 But as they say, hard work always pays off, this animated short was no exception as Emily is off to the Oscars. Van der Wel said, “ I was extremely excited to hear that the Dutch committee had trust in Emily and gave it a shot at the Oscars as the NL 2019 submission in the Animated Short Film category. Although moviemaking is not about rewards, it’s great to feel the enthusiasm of an institution of experts and the public.”

A proud creator, Van der Wel didn’t always have sunny days in her journey as a filmmaker. Her path was rocky as it’s meant to be for all of us in life-full of uncertainty, taking risks and having the courage to be vulnerable. There has been a lot of insecurity of how it will come together in the end. Sometimes it felt like a bit like a shot in the dark to her. She kept questioning herself whether the film will actually come out, whether they’ll be able to finish it, and how it will be.

“When the moment comes to share the work, to see it on the big screen with other people and even get recognition from festivals, it’s a big sense of relief and a very rewarding part of the process. I love it when the film almost takes on a second life in the hands of the audience. It means a lot to me when people share their views on my work, small stories of how it had an impact on them. That people can relate to the stories I craft is the biggest complement of all. And to see how people relate in so many different ways is truly an inspiration,” she exclaimed. 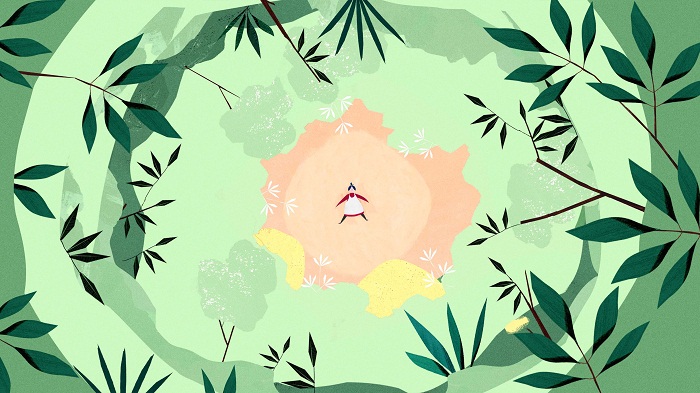 It also took her quite some time to get that ending just right. There were so many elusive layers that enables any viewer to make their own conclusions- to let them see the ending in their own way, and be a part of this creative process. It’s a bittersweet ending which has a cathartic effect.

The ending is heavy on the sadness of a life ceasing to exist, but the happiness of what it means to have given importance to that life- the love that Emily seeded came flourishing at her end. So her story ends, but she blossoms among her surroundings.

“Completing this film did bring me a sort of inner peace. For the past years my main focus has been on high ambition, a focus on what to reach. An externally focused vision.  At this moment I try to embrace more what’s already there, yes, the same realisation Emily has,” concluded Van der Wel.

There’s calm, peace, harmony, liberation and realisation of life and happiness in their truest sense of the term. And with that- “all’s right with the world!” Emily, you live on!