Latest News
Facebook has long believed in the promise of virtual and augmented reality extending beyond entertainment, and we’re now getting a clearer glimpse at what that future might look like now that the current pandemic is reshaping how companies everywhere think about remote work. According to Facebook’s head of of AR and VR Andrew “Boz” Bosworth, the company is already investing in “supercharging remote work and productivity” using those technologies. He even shared a video of what that might look like, featuring real footage of an experimental test using prototype Facebook hardware and software.

As we think through supercharging remote work and productivity, we’ve been working on mixed reality concepts that builds on existing technologies like Passthrough to allow people to switch between real and virtual worlds pic.twitter.com/cJCEXDxC7b

The video is simply eight seconds lengthy. But it does exhibit an concept that Facebook execs like Bosworth assume may be the long run of work. We see a few floating shows, that are rapidly resized and rearranged by the person with a kind of contact gesture that appears like a pinch, drag, and zoom. Of course, these shows are virtual, however the world across the person is actual — that’s because of passthrough. Oculus makes use of the time period to check with using the outward-facing cameras on a Rift or Quest VR headset to see the room round you. Passthrough is used to create the virtual mesh barrier that confines Oculus software program inside a sure space you draw your self using the Touch controller. “In the future, we could create a super-powered augmented workspace with multiple customisable screens in VR, unbounded from the limits of ​physical monitors. It would leverage technologies like Passthrough to create a mixed reality productivity experience that allows people to switch between real and virtual worlds at any time, improving spatial awareness while offering the flexibility we’re accustomed to with laptops and other common devices. By combining the flexibility of new inputs like hand tracking with the familiarity of everyday input devices like a keyboard and mouse, we could give people the best of both worlds,” reads an official blog post of Facebook.

The demo Bosworth shared is captured from the headset itself, so it’s hard to tell what it actually looks like from the user end. But it’s noteworthy that Facebook is now accelerating its work in mixed reality during the COVID-19 pandemic. The company already has an enterprise unit for Oculus dedicated to selling headsets to companies. Facebook and Oculus’ joint work on hand tracking, more realistic avatars, spatial audio, and more powerful wireless technology illustrate how seriously the company is committed to the idea of virtual presence and making it as powerful as possible. 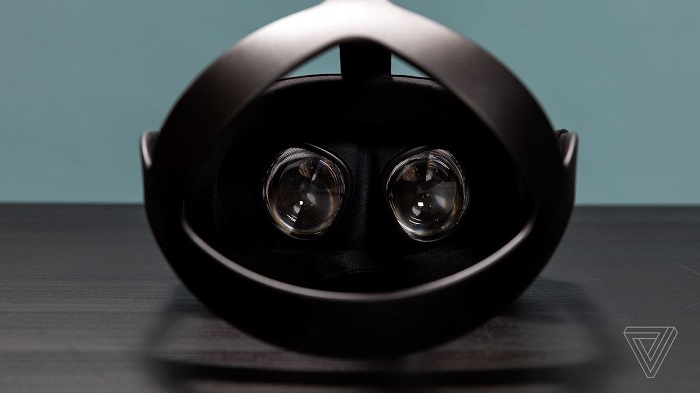 Facebook CEO Mark Zuckerberg particularly introduced up AR and VR as choices that might, in the long run, make remote work extra viable by giving remote workers a sense of presence throughout conferences and different collaborative efforts. “VR and AR is all about giving people remote presence. So if you’re you’re long on VR and AR and on video chat, you have to believe in some capacity that you’re helping people be able to do whatever they want from wherever they are. So I think that that suggests a worldview that would lead to allowing people to work more remotely over time,”  mentioned Zuckerberg .

Zuckerberg says the COVID-19 pandemic and his firm’s strikes to answer the adjustments it’s forcing on society “will help us advance some of the future technology we’re working on around remote presence, because we’re just going to be using it constantly ourselves.”

He mentions how merchandise just like the Facebook Workplace platform and Portal video chat gadgets are altering how his firm works immediately. Down the road, that can inevitably embody AR and VR , too. “Right now, VR and AR is a large group within the company, but it’s still somewhat disconnected from the work that most employees are doing on a day-to-day basis. And I think that this could change that sooner,” he added.