Just a few weeks away from the release of the sequel to its major hit How To Train Your Dragon 2, DreamWorks has announced that its pushing back the releases of two of its movies. 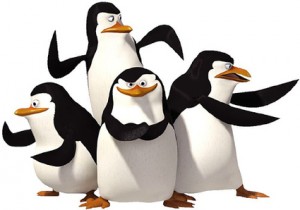 Madagascar spinoff The Penguins Of Madagascar is moving up from 27 March, 2015, to a Thanksgiving week bow of 26 November, 2014. It’s switching places with Home, the aliens-hiding-on-Earth tale, featuring the voices of Jim Parsons, Jennifer Lopez, Steve Martin and Rihanna.

The move comes days after DreamWorks Animation CEO Jeffrey Katzenberg’s high-profile day in the Cannes spotlight, when Dragon 2 premiered on the Croisette and he received France’s Commander of the Order Of Arts And Letters honour.

The date switch also follows the underperformance of the company’s most recent pic, Mr. Peabody & Sherman. Although the flick generated $261 million in ticket sales at worldwide box offices, it only contributed $3 million to the company’s Q1 feature film revenues and left the studio still owing money to its distributor, Fox.

Nevertheless, the feature film unit reported a $25.4 million loss on $110.1 million in revenues. Turbo accounted for $22.3 million in sales, mostly from pay TV, while The Croods pitched in $41.7 million from pay TV and home video. Sales of library titles came to $37.9 million. The TV operation had a profit of $5.8 million on revenues of $17.9 million, while consumer products had a $6.0 million profit from $12.1 million in revenue.

In fact, three of the studio’s past four films have failed to deliver, which Katzenberg has gone on record to blame the ‘inconsistent execution’ and other factors tied to marketing and scheduling.