Smartphone designer and manufacturer, DOOGEE recently revealed its new rugged phone,  DOOGEE S70 with inbuilt gamepad and a fast cool down feature. The device has attracted a lot of attention and is not just an upgraded rugged phone but also a gaming smartphone – the first of its type in the world according to the brand.

The brand launched the product as ‘the coolest game phone’ since DOOGEE S70 features a designed cooling system to guarantee smooth gaming operation along with its cool appearance and additional gamepad DOOGEE G1, which connects to DOOGEE S70 via Bluetooth. 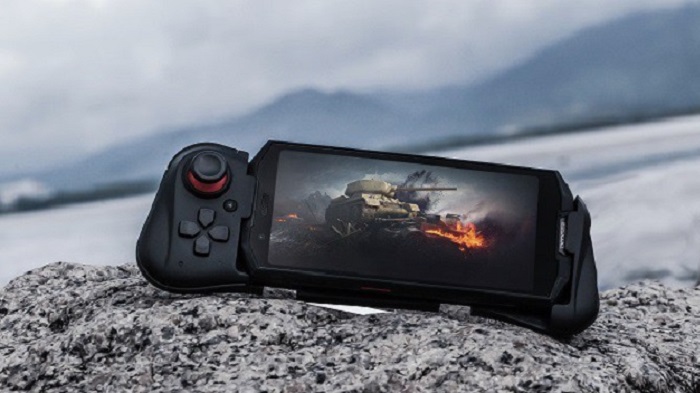 The gamepad features responsive buttons, flowing lines, comfortable grip, smooth operation and accurate aim, and is an invaluable aid to any gamer. With the convenient joystick and multi-functional buttons, DOOGEE G1 turns the phone into a superior game console.

As a professional gaming phone, DOOGEE has come up with a cooling boost solution as that is the biggest hindrance for almost all the gamers. To make games run swiftly on the DOOGEE S70, DOOGEE adopts both software and hardware cooling.

A red ‘game mode’ button is placed with precision on the phone edge for constant game enjoyment. It allows users to enter ‘game mode’ with a single touch. Additionally, the DOOGEE S70 includes a rear metal sheet cooling module on the rear camera for cooling the device when playing games.

This combination of software and hardware improves the cooling efficiency to 15 times that of the normal standby situation, has a 70 per cent running duration under maximum CPU frequency, and decreases the core temperature by seven degree celsius.